Seven Albanian drug trafficking suspects were arrested after authorities chased their speedboat for nearly 22 hours across the Mediterranean Sea in a movie-like operation involving high speed boats, helicopters and planes. 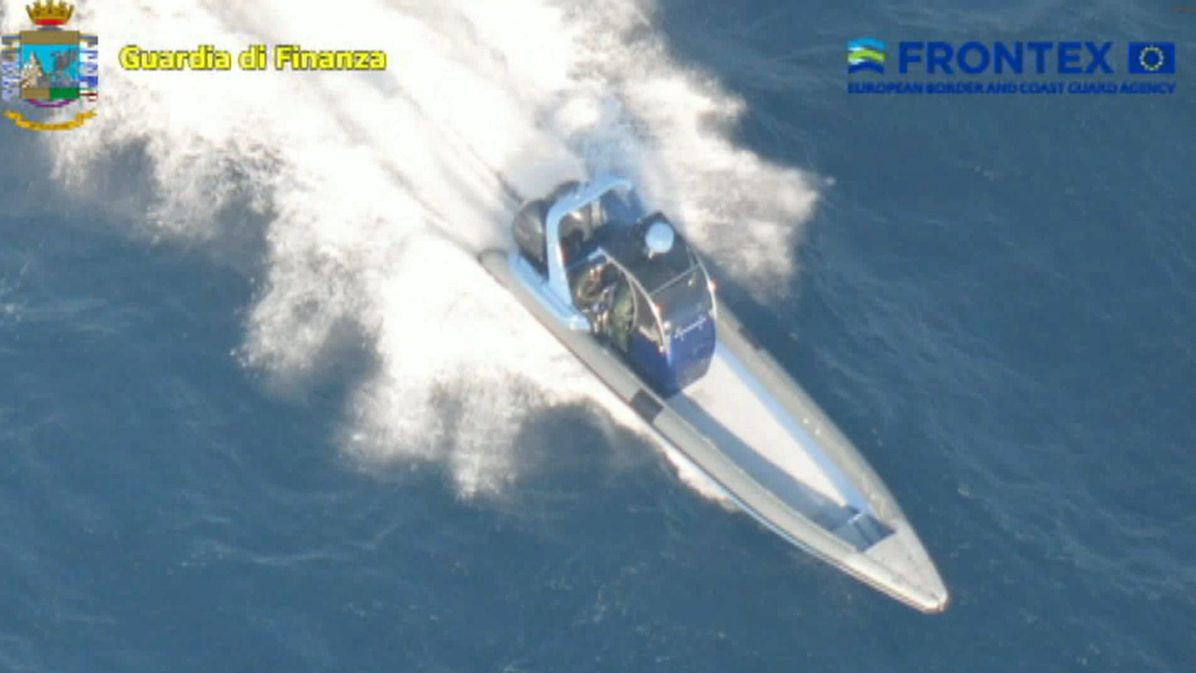 The Drug Traffickers' Speedboat (Photo: Guardia di Finanza)Italian police said Wednesday they last week received a tip that drugs will be smuggled from Albania across the Adriatic Sea to the coast of Calabria.

The Maritime and Aerial Department of the Fiscal Guard of Vibo Valentia began patrolling the Calabrian east coast and noticed a two-engine speedboat close to the tiny village of Africo, controlled by one of the 'ndrangheta gangs, the Bruzzaniti-Palamara-Morabito clan.

But the smugglers noticed the police patrol too and hit the gas pedal.

The chase across the Mediterranean began at sunset on April 6, involving Italian speedboats, helicopters as well as Portuguese and Spanish C295 planes of the Frontex mission.

It ended the next day around 5 p.m. when the Greek coastal guard managed to stop the traffickers north of Crete with the help of an Italian helicopter.

It took a few fired shots to persuade the smugglers to stop their boat.

The action movie-like chase resulted in the arrest of three Albanians on board and another four later identified and arrested on Crete.

As the multinational team was chasing the smuggler’s speedboat, Italian police was searching the rough and inaccessible Calabrian coast to find the drugs the Albanian had unloaded and provide a basis for an arrest.

Officers finally recovered a load of 1,500 kg of marijuana meant to be distributed throughout Europe. The delivery would have brought €10 million to some of the 'ndrangheta clans.

Investigators have yet to find out which one.