Nearly 40 protesters were detained on Sunday as Russia’s youth continued to protest against corruption and lack of opportunities, media reported Monday. 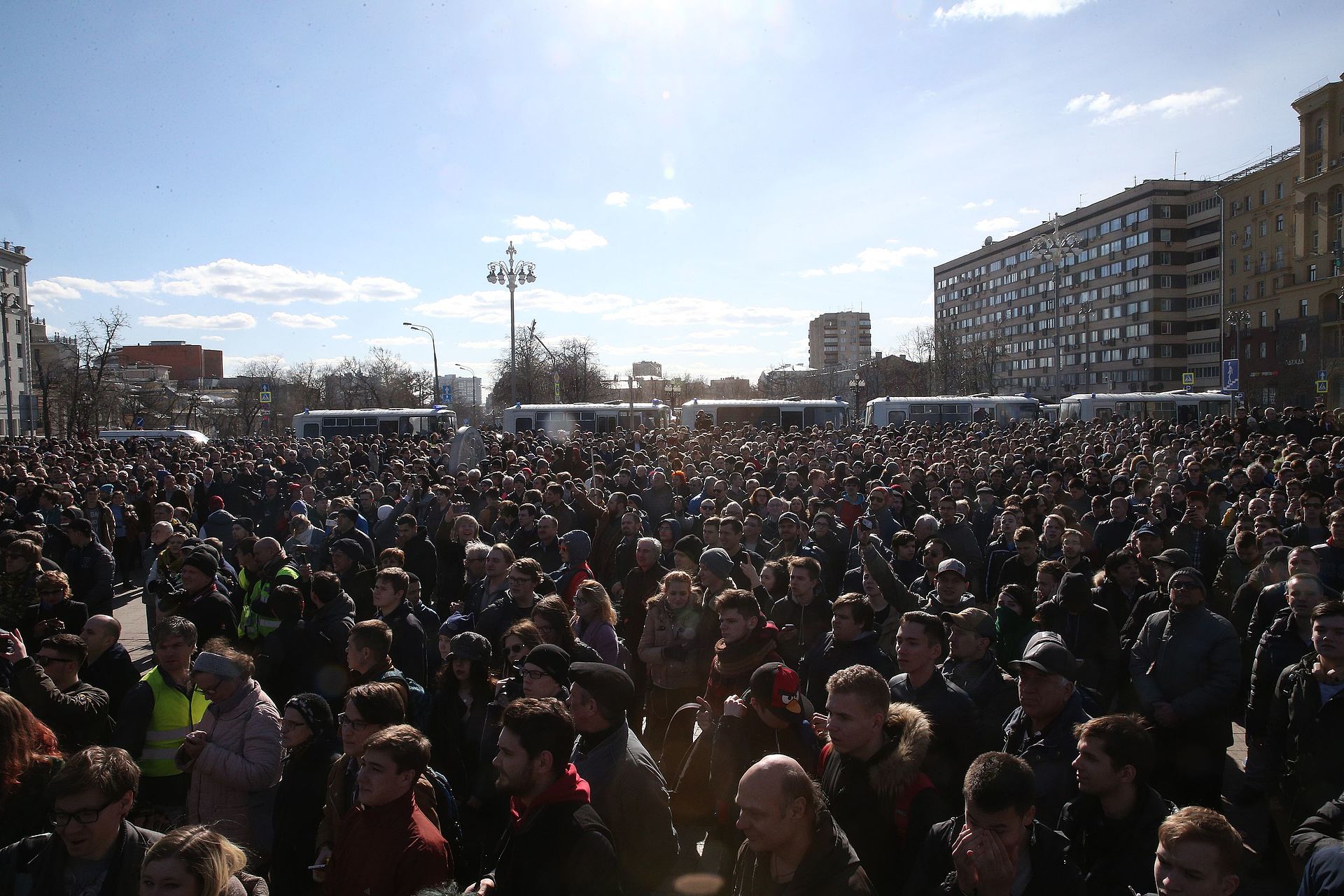 Protestors in Moscow earlier this month (Photo: Evgeny Feldman CC BY-SA 4.0)The protests were significantly smaller than the massive demonstrations which hit over 90 cities in Russia a week before, prompting President Vladimir Putin to publicly reaffirm his commitment to fight corruption.

"Corruption is indeed a serious problem for us," Putin told reporters at the International Arctic Forum last week. "This is relevant, and we are working on it."

A March 28 survey found that almost 80% of Russians believed corruption has "completely infected" or "significantly infected" the state.

Almost 90% of those surveyed believed that Putin was either "fully," "largely" or "partially" responsible for that corruption.

This represents a dramatic shift from a Gallup poll released that same day which showed that in 2016 more than 80% of Russians believed Putin was doing a good job, despite 75% of respondents saying that corruption is pervasive in their government.

The corruption is nothing new—Russian whistleblowers have been shot, fallen out of windows, and potentially poisoned and a massive money laundering operation has just been uncovered by OCCRP.

Hundreds were detained last month at the unsanctioned ralliesand international media has latched onto powerful photos of Russia’s youth being carted away by police.

The protests were inspired by an hour long video released by the Anti-Corruption Foundation led by opposition leader and 2018 presidential candidate Alexei Navalny who himself was among the arrested.

The video revealed a network of secret assets linked to Prime Minister Dmitry Medvedev which Navalny claims he obtained through bribes.

Navalny’s visual displays of Medvedev’s wealth were especially painful after the PM told the struggling residents of Crimea, "we don’t have the money now…But you hang in there!"

The video was viewed over 15 million times and protests spread past Moscow and St. Petersburg into the more conservative and Pro-Putin regions.

Putin warned that anti-corruption demonstrations could be politically misusedin pre-election campaigns and could end in bloody conflicts, drawing a parallel to the Arab Spring.

"I think that it is not right when certain political forces attempt to use this tool for their own promotion, including electoral campaigns, instead of trying to improve the situation in the country," he said at the International Arctic Forum,indirectly blaming Navalny.

"We well know…that this instrument was used in the beginning of the so-called Arab Spring. We know very well to what kind of bloody events it led to in that region," he said.