Former South Korean President Park Geun-hye was arrested on Friday over a corruption and influence-peddling scandal that led to mass protests and her removal from office, local media reported. 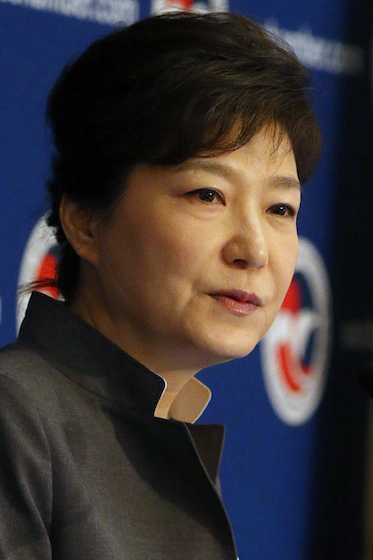 A judge at the Seoul Central District Court issued a warrant to arrest Park on charges of bribery, abuse of power, coercion and leaking government secrets, citing a risk that if she might destroy evidence if she were not quickly taken into custody.

South Korea’s parliament voted overwhelmingly in December to impeach Park on allegations that she allowed her childhood friend Choi Soon-sil access to classified documents and privileged information. She is also accused of conspiring with Choi to solicit bribes from Samsung Group head Lee Jae-yong in return for government favors, such as the backing of a 2015 merger of two Samsung affiliates to solidify his control over the country’s largest chaebol conglomerate.

Park was formally removed from office on March 10, stripping her of immunity.

Both Choi and Lee have also been arrested on corruption charges.

Prosecutors allege Park blacklisted cultural figures she thought were critical of her policies and prohibited government agencies from financially supporting them. Her former aides have been arrested for helping to create and manage the blacklist of more than 9,000 artists, writers and filmmakers, Yonhap news agency reported.

Park was formally arrest after a nine-hour court hearing on Thursday and transferred to a detention center south of Seoul where Lee and Choi are also being held.

If convicted, Park could face between 10 years and life in prison, but her successor has the power to pardon her.