When tropical storm Agatha hit Central America in May 2010, notorious Honduran drug traffickers saw an opportunity to launder their illicit money, the daily La Tribuna claimed in an exclusive report on Wednesday. 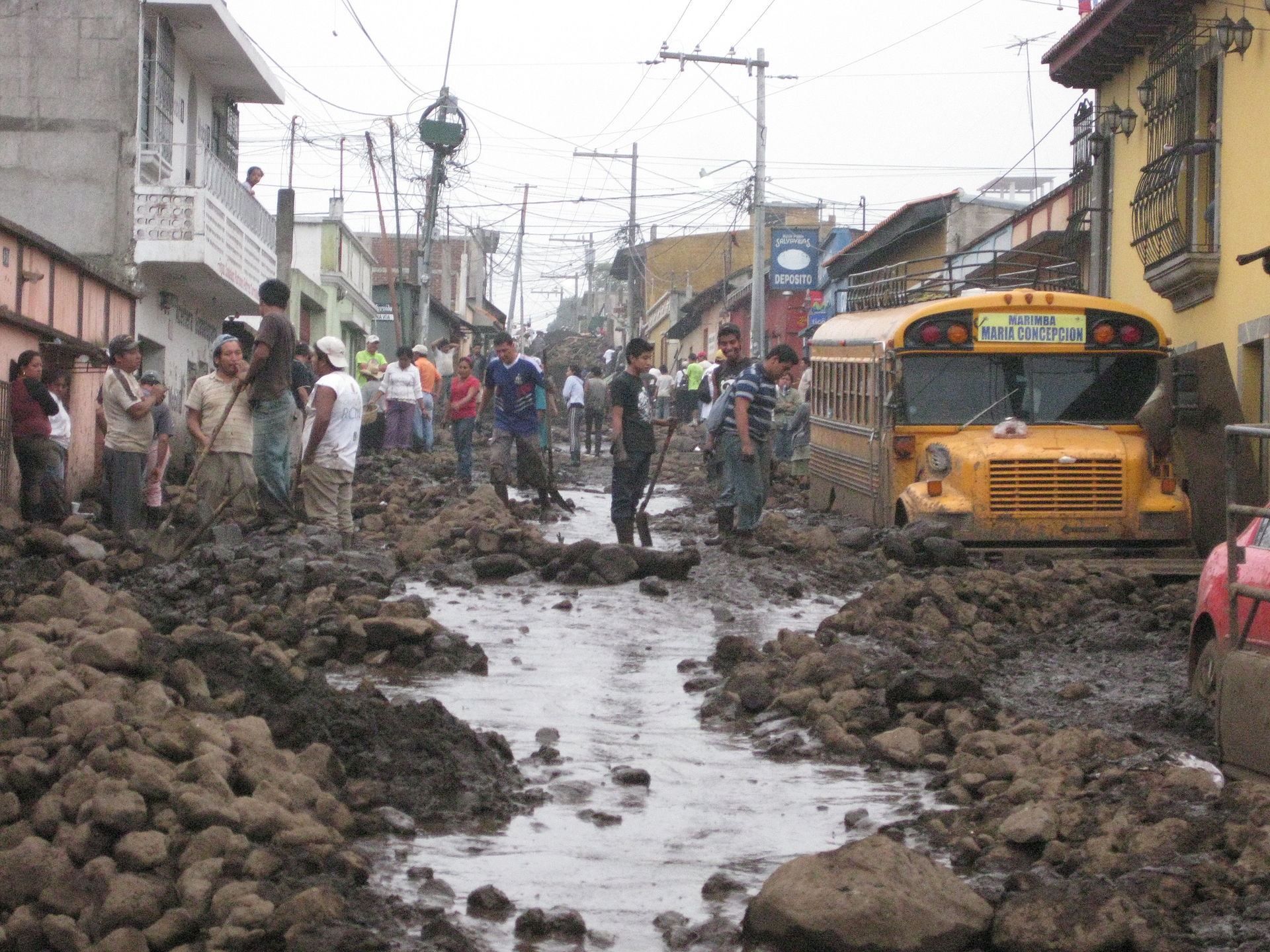 Mudslide in Guatemala caused by tropical storm Agatha (Photo: nelo (Leonel Mijangos) CC BY-SA 2.0)"Los Cachiros," an organized crime group once run by the Maradiaga brothers, allegedly set up several shell companies that were hired by the state to rebuild the destroyed infrastructure.

The Honduran daily said the gang then used the companies to launder an estimated US$ 6.4 million of previously made illicit profits.

According to the report, Los Cachiros carried out 28 major infrastructure projects to repair bridges and roads in Colón and Olancho decimated by the storm.

The paper published photographs of contracts that showed the projects were funded by the state. It claimed the works were supervised by companies that either didn’t exist or were controlled by the gang.

The Honduran government doled out lucrative emergency contracts in the wake of the storm and a majority of those projects were given to companies owned by the Maradiaga brothers.

According to the Public Prosecutor's Technical Investigation Agency (ATIC), most of these contracts were given to the Cachiros in the first few days after the storm hit, the report said.

The gang allegedly obtained most of these infrastructure contracts in areas that they already controlled and used to transport drugs.

The paper cited the National Anticorruption Council as saying that one of the state companies implicated in the report was the electricity company Empresa Nacional de Energía Eléctrica (ENEE) which allegedly granted the Cachiros a contract valued at 80 million lempiras (US$ 3.4 million).

The former manager of the ENEE Roberto Martínez Lozano denied to La Tribuna that his administration signed any contracts with the Cachiros and denounced the accusations calling them “biased assertions” and "defamation."

The Maradiagas have been in the spotlight recently as one of the brothers, Rivera Maradiaga, has become an FBI informant and a key witness in the trial of drug trafficker Fabio Lobo, son of former President Porfirio Lobo.