Ukrainian President Petro Poroshenko on Monday signed into law controversial amendments to legislation that will require anti-corruption NGOs, journalists and activists to publicly declare their income and assets. 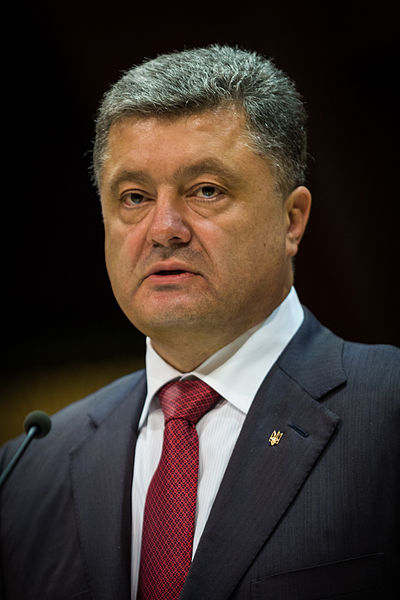 Petro Poroshenko (Photo: Claude TRUONG-NGOC)The amendments, which will take effect in 2018, mean that any individual working to fight corruption must file publicly accessible e-declarations, in the same way that state officials are required to do. If they fail to comply, they could face criminal penalties.

Jose Ugaz, Chair of Transparency International, said the new provisions "must be abolished immediately," and called them "a vindictive retaliation by lawmakers who are angry that they are required to declare their wealth."

Critics warn that the measure signals the return of authoritarianism and that it will block NGOs’ work and even apply to third parties cooperating with or getting funds from NGOs, such as journalists investigating Ukrainian officials.

Kyiv Post called the changes "a brazen attempt by the nation’s ruling elite to intimidate anti-corruption activists and stifle criticism from the media. Activists are not public civil servants and don’t have to account for their property, unless they commit a crime."

The newspaper compared the amendments to laws introduced by Putin, which brand NGOs as "foreign agents".

According to the Kharkiv Human Rights Group, the wording of the bill is so vague that selective application is inevitable and likely deliberate.

On the other hand, the amendments relieve military officers of the obligation to declare their assets.

Poroshenko said this change comes "because of the need to consider the interests of hundreds of thousands of soldiers who now protect Ukraine from Russian aggression."

The exemption, however, is likely to allow top corrupt officials to avoid disclosing their wealth by getting war participant status, according to Yegor Sobolev, chairman of the Ukrainian parliament’s anti-corruption committee.