The operations manager at metals-refining company NTR Metals was charged on Thursday with taking part in a gold smuggling network that made billions of dollars from illegal mines in Peru. 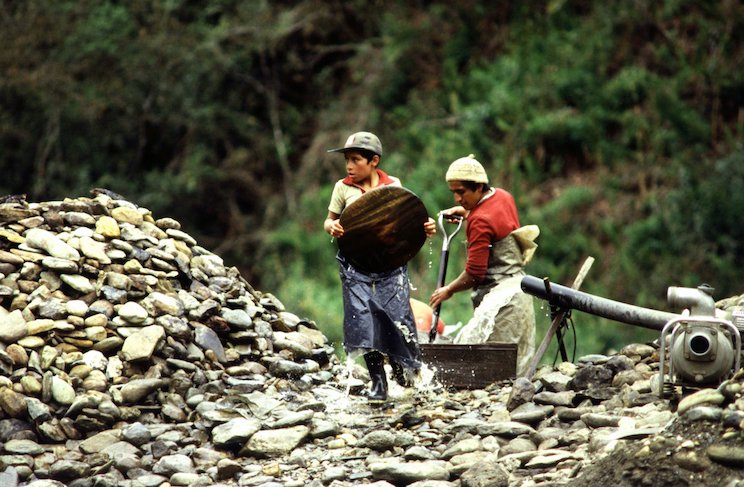 Moreover, the mines were involved in human trafficking, forced labor and environmental devastation, the complaint said.

In the past fifteen years, global gold consumption has increased by almost 1,000 tons a year, reaching some 4,300 tons in 2016, according to London-based market development organization World Gold Council.

But legal mining operations can’t keep up with the increased demand, so illegal mines controlled by criminal organizations have popped up to cover the shortages, according to a 2016 report on the illegal gold trade by U.S.-based nonprofit Verité.

The report said five Latin American countries shipped 40 tons of illegally-mined gold to the U.S. in one year, almost twice the amount of legal exports from such countries.

A research done by the Global Initiative Against Transnational Organized Crime concluded that the "human cost of the expansion of illegal mining is vast."

Thousands of women as young as 12 are forced to work in brothels in the gold mining towns.

According to a UN report about contemporary slavery, nearly 50,000 children "work in hazardous conditions in the mining industry" in Peru.

The charges against Granda indicate a crackdown in the U.S. on smugglers capitalizing on the growing worldwide consumption of illegally-mined gold from the Amazon basin, where mobs of laborers use fire hoses and mercury to extract pure gold from toxic pits, according to Bloomberg.

Granda was arrested Wednesdayand appeared in Miami federal court on Thursday, where he is being detained until a bail hearing set for March 20, Bloomberg reported.

The criminal complaint by Homeland Security Investigations and the FBI claims that NTR Metals has been buying illegal gold in Peru since 2012 and smuggled the gold through varying Latin American countries. The company allegedly imported US$ 3.6 billion of gold from 2012 to 2015, according to the complaint.

Granda and two salespeople allegedly knew the transactions involved "organized crime, gold smuggling and entry of goods into the U.S. by false means and statements, illegal mining, and narcotics trafficking, all in the hopes of creating more profits for themselves and NTR," Homeland Security Investigations agent Colberd Almeida wrote in an affidavit filed March 10.

In the complaint, Almedia said Granda referred to himself as a "modern-day Pablo Escobar" in encrypted group messages with his associates.

"I’m like Pablo coming to Ecuador to get the coke," he said, according to the complaint.