The major renovation of Rio’s iconic Maracana stadium before the 2014 World Cup was marred by millions of dollars in overbilling, local media said on Sunday. 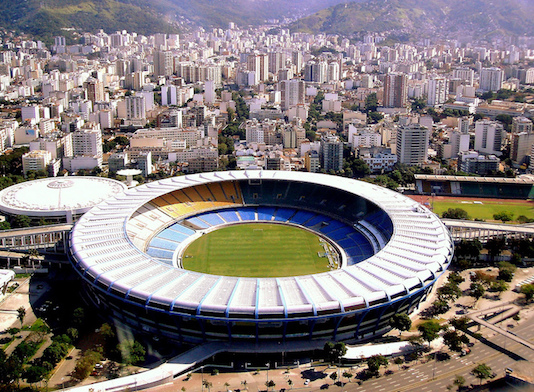 Maracana Stadium in Rio de Janeiro (Photo: Arthur Boppré, CC BY 2.0)Citing the Rio de Janeiro auditing court, Globo telvision said Sunday night that the stadium’s refurbishment cost about US$ 500 million — almost double the original bid — partly because contractors overbilled as much as 211 million reals (about US$ 90 million in 2014).

According to the allegations, cement for the stadium was bought at three times the market price and the new roof cost five times as much as a similar roof on soccer stadiums in Johannesburg built for the 2010 World Cup.

Some services, such as hiring of cranes, were billed twice, according to AFP.

Rio prosecutors on Friday ordered stadium manager Consortium Maracana, formed by contractors Odebrecht, Andrade Gutierrez and Delta Engenhaira, to return some 200 million reals (US$ 63,436,686) to the public coffers, according to local media.

Odebrecht and Andrade Gutierrez are at the center of a major corruption scandal at state oil company Petrobras.

The overbilling revelation comes days after the Maracana stadium — which also hosted the opening and closing ceremonies of the 2016 Olympic Games — was reopened, following two months of neglect by owners and authorities after the Olympic games, ESPN reported.

The stadium had been vandalized with seats torn out, televisions stolen and the grass left untended, it said.

Odebrecht, which holds a 95 per cent stake in the consortium, agreed late January to pay most of its 1.3 million reals debt, Reuters reported.