Kyrgyzstan authorities detained Sunday a prominent opposition leader on charges of fraud and corruption, which he and his supporters say are politically motivated. 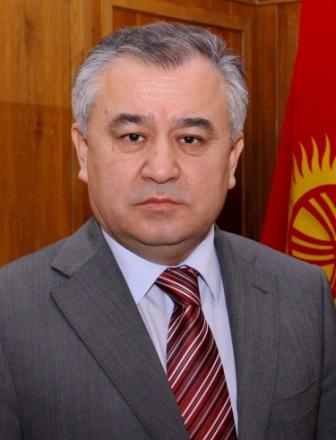 In exchange, Tekebayev—who at the time was a top official of the provisional government—allegedly promised the investor that he could take over a local telecommunications company, according to prosecutors.

Small protests were held across the country in response to Tekebayev’s arrest. Many people believe the charges are a way to control dissent ahead of the presidential election on November 19.

Nearly 300 of Tekebayev’s supporters gathered in front of the State Committee for National Security in Bishkek demanding his release.

Tekebayev has denied all wrongdoing and members of his party believe the arrest was an illegal attempt at political repression.

The Kyrgyz constitution bars President Atambayev from re-election, but he has helped pass legislation that increased the power of the prime minister. This prompted speculation that he may try to retain power by either becoming the prime minister or by installing one of his allies in that position.

Tekebayev is the third member of his party to be detained in connection with the scandal, despite the fact that parliamentary immunity should protect him from prosecution.

A court has ordered that Tekebayev remain in custody for two months while authorities investigate.