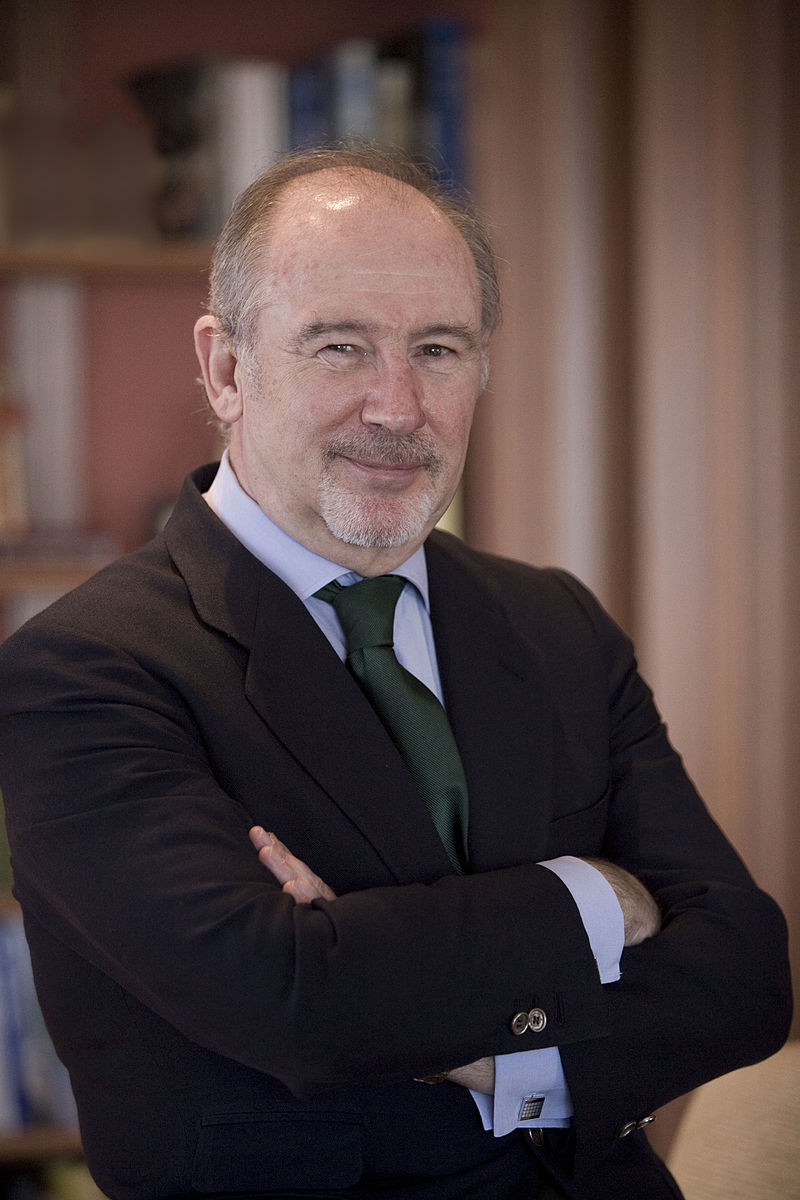 Rodrigo Rato (Photo: Bankia CC BY 2.5 ES)The court found Rato guilty of embezzling funds from Caja Madrid and Bankia, two banks which he ran between 2010 and 2012.

Rato stood trial along with 64 other former executives and board members who were convicted of spending a total of € 12 million (US$ 12.7 million) without reporting the expenses to tax authorities. The fraud took place between 2003 and 2012.

Bank executives used the credits cards for anything from buying expensive jewels and holidays to supermarket shopping and purchasing gas for their cars.

When Rato took over Caja Madrid in 2010, he allegedly helped maintained the "corrupt system" established by his predecessor Miguel Blesa who was one of the 64 standing trial in this case  and who was sentenced to six years in jail for misappropriating funds.

Instead of reporting the practice, Rato introduced the system to Bankia when he took charge the following year.

Rato denies all wrongdoing and told the court last October that everything he did was "completely legal."

This scandal sparked public outrage because it was uncovered during the height of Spain’s economic crisis, which was in part triggered by Bankia's € 22 billion (US$ 23 billion) bailout.

Rato served as the chief of the International Monetary Fund from 2004 to 2007 and as deputy prime minister in Spain's conservative Popular Party prior to that.

He remains free and may be able to delay jail time by appealing the court's ruling.