Colombian authorities have accused several banana companies who allegedly financed paramilitary "death squads" between 1996 and 2004 of committing crimes against humanity, according to a statement released Thursday. 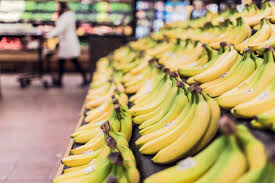 Banana companies accused by Colombia of crimes against humanity (Photo: CC0 Public Domain)The companies allegedly paid protection money to the Arlex Hurtado Front, which is member of the Self Defense Forces of Colombia (AUC).

The AUC is part of an umbrella organization called "Banana Block," which controlled territory in the banana-producing area of Uraba and provided protection to banana producers.

This is the first time that private companies have been accused of crimes against humanity as part of the transitional justice peace process between Colombia and the Revolutionary Armed Forces of Colombia (FARC).

Local media reported that in a longer indictment prosecutors claimed almost 200 companies, including major multinational corporations like Dole and Del Monte, had made such payments.

"It is clear that the banana business voluntarily financed an illegal armed group with the specific purpose of ensuring security," the press release from the Colombian Attorney General stated.

The AUC, deemed a terrorist organization by US and Colombian governments, was one of the most feared groups before it was disbanded in 2006.

Paramilitary groups like the AUC are responsible for many of the killings during Colombia’s bloody, decades-long conflict.

The report relies on the testimony of the ex-commander of the Arlex Hurtado Front, Raúl Emilio Hasbún Mendoza.

Mendoza gave up the names of the companies which financed his group and gave details about the operation.

According to Mendoza one shipment of illegal arms included 3,400 AK-47 rifles and four million rounds of ammunition, which were stored at the port owned by fruit merchant Banadex.

Chiquita, one of the companies implicated by local media, was already forced to pay a fine of US$ 25 million to the Department of Justice for paying millions to the AUC in 2007.

Apart from banana companies several other big name corporations including Coca-Cola, have been accused of financing Colombian death squads through what is commonly known as the “para-economy.”