About half a million Romanians all over the country continued their anti-corruption protests Sunday evening, demanding that the Prime Minister and his cabinet resign even after the government scrapped the controversial corruption decree that prompted week-long rallies. 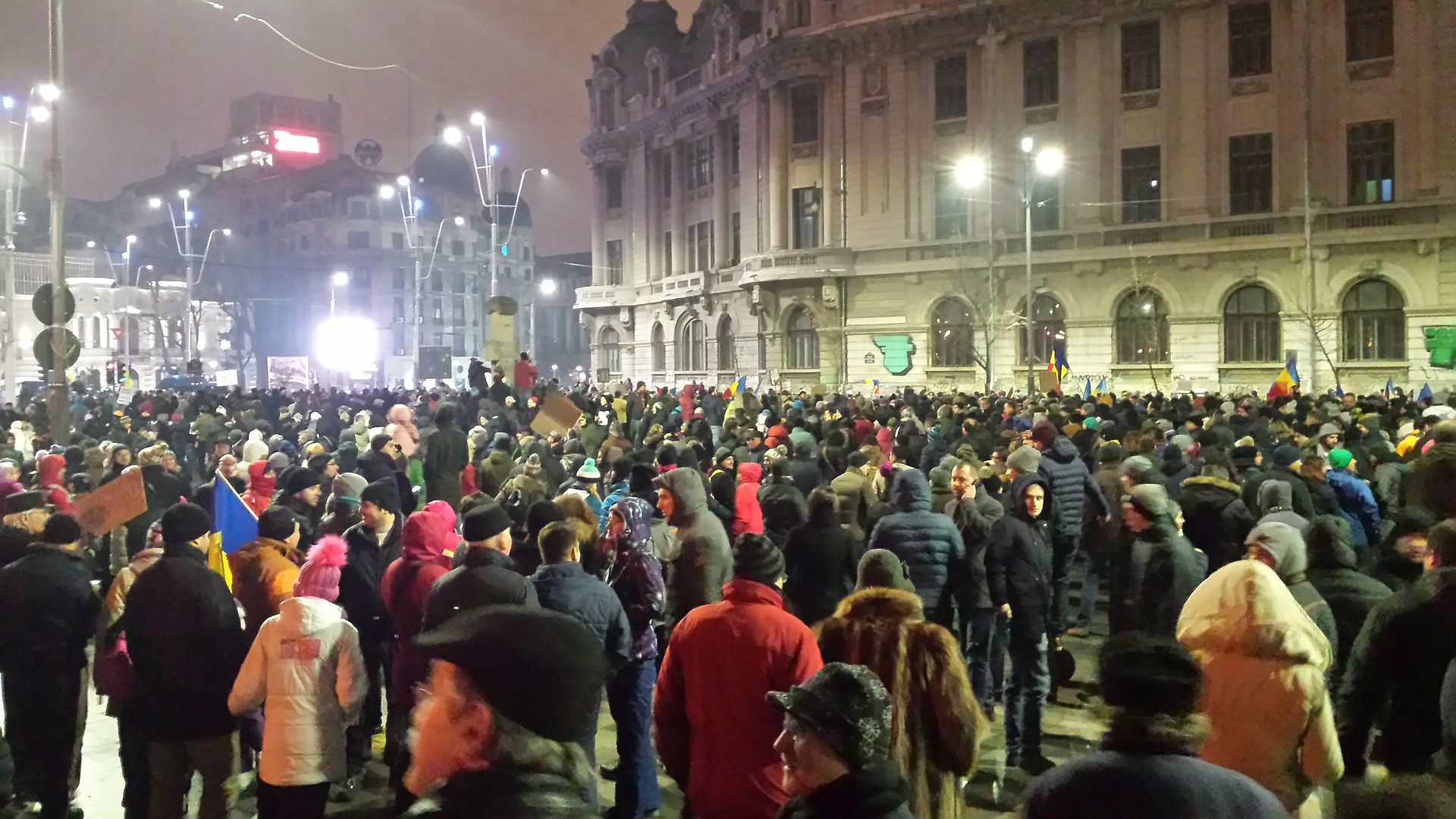 Protests in Bucharest on January 29 (Photo: Babu CC BY-SA 4.0)In a subtle nod to the crowds that overthrew dictator Nicolae Ceausescu, a quarter of a million people turned on the flashlights on their mobile phones in Bucharest and pointed them at the sky.

Then they sang the national anthem, followed by a moment of silence in memory of those who died during the 1989 revolution.

Prime Minister Sorin Grindeanu held a televised press conference late Saturday announcing his intention to withdraw the decree which would have decriminalized some corruption offenses.

“I do not want to divide Romania. It can't be divided in two,” he said.

An official government statement confirmed the official repeal of the order on Sunday, but deep distrust of the government kept the crowds out on the streets despite their victory.

Last Tuesday, less than a month after the Social Democrats took power, Grindeanu’s cabinet hastily adopted a decree which would decriminalize corruption offenses involving less than 200,000 lei (US$ 48,000).

The government claimed the decree was intended to ease overcrowding in prisons.

Romanians saw the move as an attempt to help political allies and viewed it as a major step backwards in the fight against corruption. They staged the largest protests the country has seen since the 1989 revolution.

While Romania is the fourth most corrupt country in the EU according to Transparency International, these protests are part of the country’s long history of speaking out against government corruption.