Police detained five suspected members of an arms trafficking ring and seized up to 12,000 illegal firearms with an estimated street value of US$ 10.5 million, the Spanish Interior Ministry said Sunday. 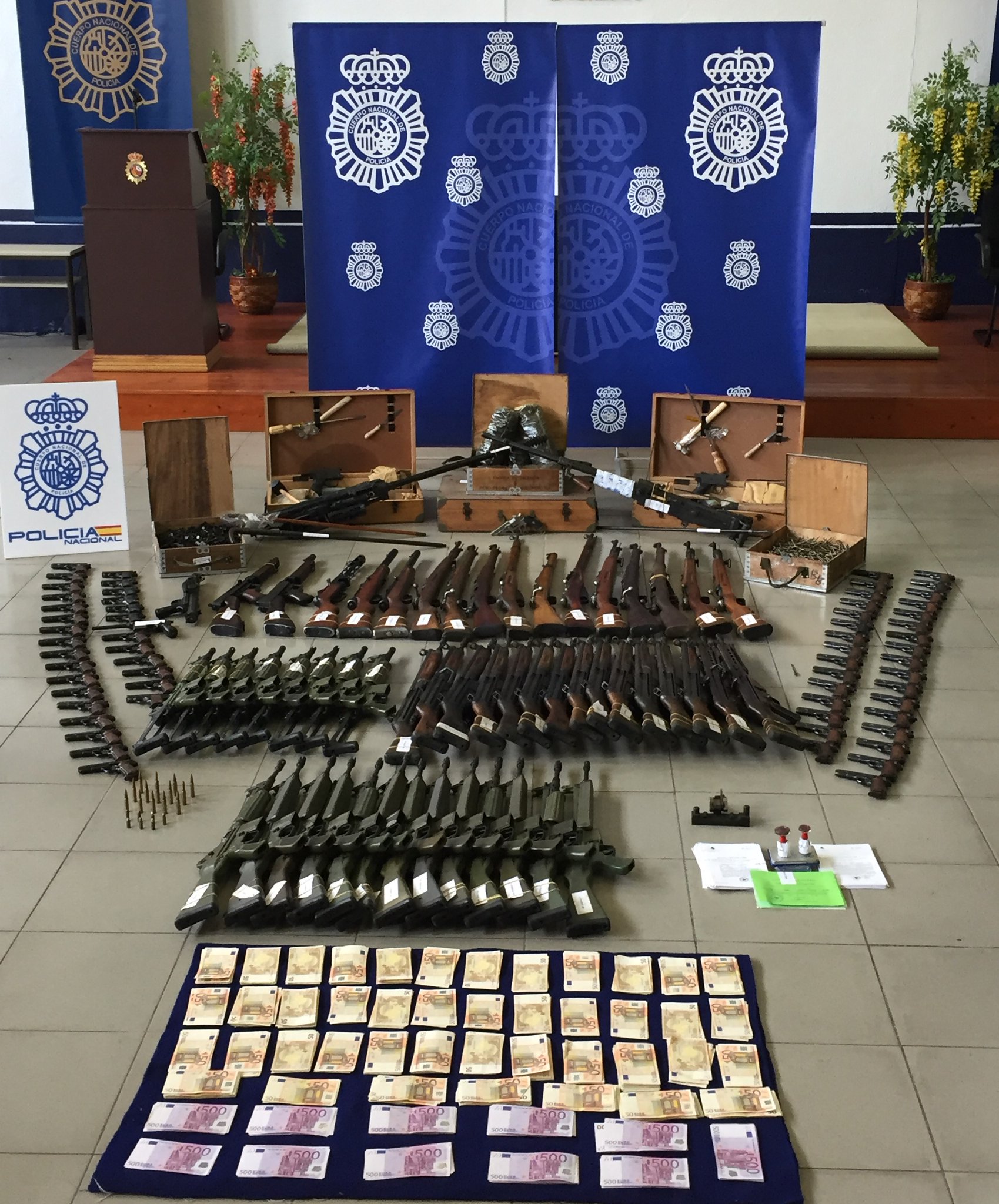 Firearms, ammunition and money seized during the investigation (Photo: Ministerio del Interior)The sophisticated arms trafficking network is believed to be supplying weapons to other arms traffickers throughout Europe, according to the statement.

The seized arms cache included anti-aircraft weapons, assault rifles and handguns as well as an array of spare parts used to repair the weapons.

Police also found stamps used to falsify registration for the guns and nearly US$ 85 thousand in cash during the operation carried out last Thursday.

The weapons were then restored to working condition in an illegal gun shop in Getxo to be sold on the European black market.

Three of the suspects have been detained without bail. The other two suspects were released, but their passports were confiscated.