Teodorin Obiang, the son of Equitorial Guinea’s President Teodoro Obiang Nguema, went on trial in France on charges including corruption and embezzlement on Monday, with his defense lawyers using the first hearing to attempt to get his case adjourned. 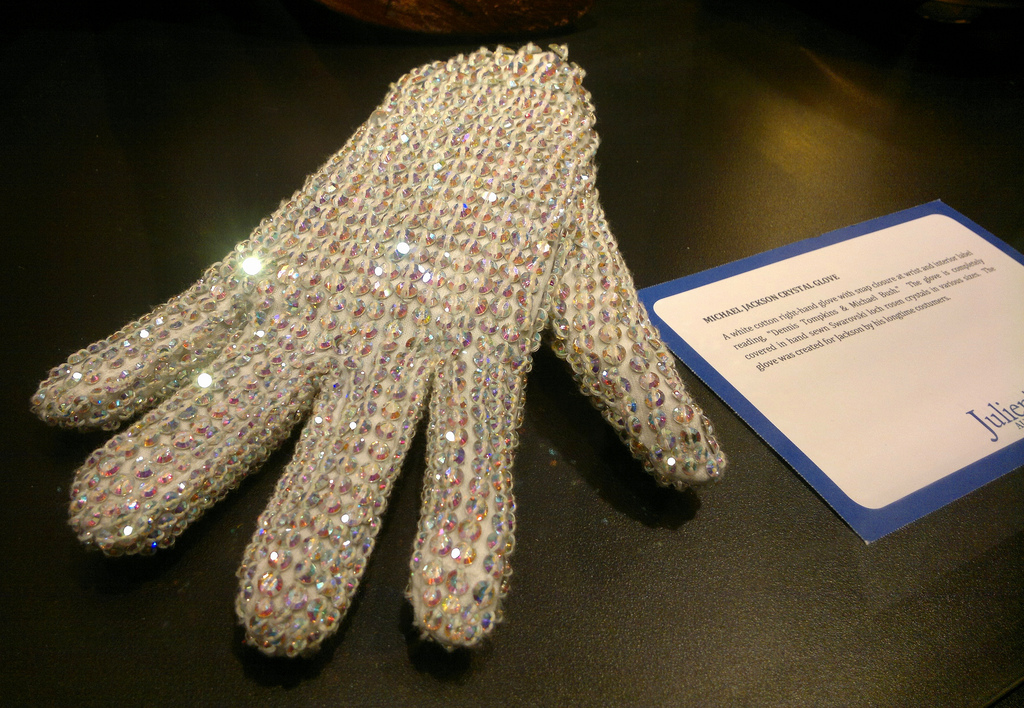 The glove from Michael Jackon's "Thriller" is among the items bought in Obiang's "corruption-fueled spending spree." (Photo: Abi Skipp, CC BY-SA 2.0)Obiang, who as vice president is next in line to lead the impoverished West African country, is accused by French prosecutors of pilfering tens of millions of dollars and stashing it abroad.

The trial is just one of a string of legal actions in Europe and the United States that have revealed the astonishing wealth of the flashy scion, including French impressionist paintings, supercars, and the sequined glove from the film clip of Michael Jackson’s “Thriller.”

Obiang reached a deal with the United States Department of Justice in 2014 to hand over more than US$ 30 million in assets bought in what US officials described as a “corruption-fueled spending spree” . He managed regardless to hold on to many of his assets, including the glove.

In Europe, authorities have seized assets including a Paris mansion worth more than $110 million and a 76-meter yacht.

Obiang’s lawyers on Monday called for the trial to be delayed to give them more time to prepare a defense. Obiang did not attend the hearing and gave his address as Malabo, the capital of Equitorial Guinea.

In December, the International Court of Justice in the Hague rejected a request by Equitorial Guinea to have the case suspended on the grounds of diplomatic immunity.

The case against Obiang represents a shift in attitude by authorities in France, which has long turned a blind eye to African kleptocrats using the country as a playground. The move comes after nearly a decade of pressure from anti-corruption groups Sherpa and Transparency International.