Prosecutors in Bulgaria have opened an investigation after munitions produced in the Balkan country were reportedly found in Syria. 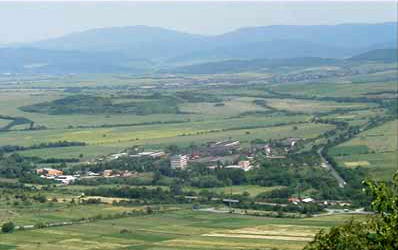 The ARCUS Co. facility in Lyaskovets (Photo: http://www.arcus-bg.com/)The district prosecutor in the town of Gorna Oryahovitsa launched its probe in December, local media reported last week, after the reported discovery of stocks including high-caliber ammunitions and grenades in areas of eastern Aleppo recently captured from rebels.

Bulgaria has previously been documented as being one of several Central and Southeastern European states that have sold weapons and ammunition to insurgent groups operating in Syria.

Reporters from OCCRP and the Balkan Investigative Reporting Network uncovered in July how Bulgaria was part of €1.2 billion (US$ 1.27 billion) in arms deals approved by regional countries to supply Western-aligned Syrian rebels.