A series of investigative reports by OCCRP has led to regulators in Ukraine and Latvia taking steps to rein in the use of Baltic banks to launder the proceeds of corruption. 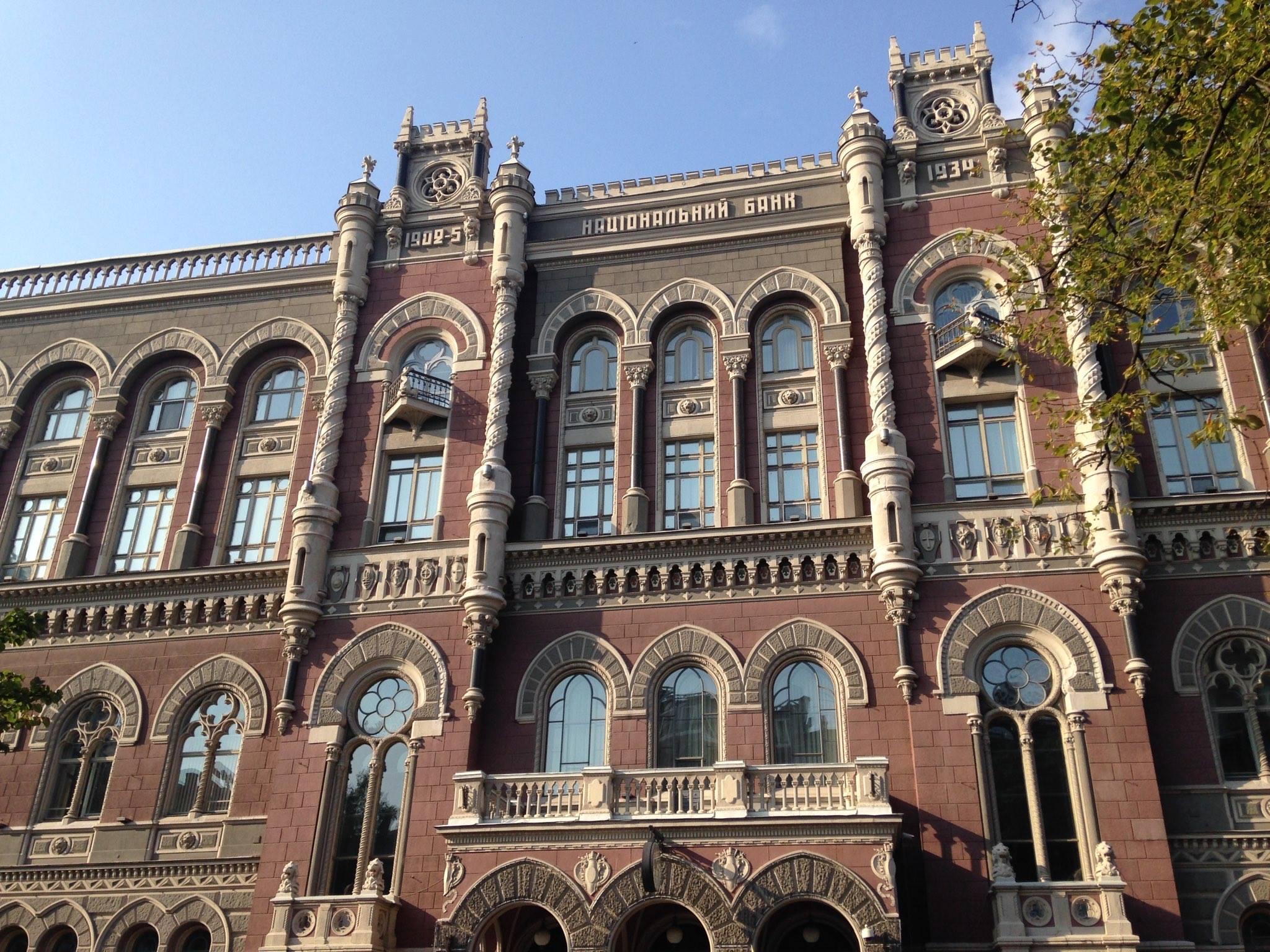 The National Bank of Ukraine (Photo: Chris Benevento OCCRP)On Aug. 28, the National Bank of Ukraine (NBU), the country's central bank, circulated a letter to the country's 93 banks warning against dealings with eight foreign banks suspected of being "related to risky financial operations." In a further Oct. 26 email, the NBU explained that these "risky operations" comprised "laundering of revenues derived from criminal activities."

The list of eight banks included three Baltic banks highlighted by a series of OCCRP investigations, published starting in June, into the laundering of ill-gotten money from Ukraine in the country.

One of the banks named by NBU was Latvia's Regional Investment Bank. OCCRP reported in October how Ukraine's former first deputy chief prosecutor Mykola Gerasimyuk transferred money via a UK offshore, Smartus Business, with accounts at Regional Investment Bank (RIB) to buy luxury properties in Croatia and Slovakia and pay for his daughter's British university education.

Informal documents acquired for Smartus Business and other offshore firms with accounts at RIB indicated they were being used to pool dirty money for various Ukrainian clients. The offshores would then make payments to the intended beneficiaries of the money on behalf of these clients.

RIB, controlled by the shareholders of Ukrainian bank Pivdennyi, has played down the NBU warning.

"The term 'can be related' implies the absence of any proof which could allow the suspicion (of money laundering by RIB)," the bank told OCCRP in a statement. It added that all foreign currency transactions in Ukraine required approval of the NBU itself.

The NBU warned against two other banks named in the OCCRP investigation: Latvia's largest offshore bank, ABLV; and Estonia's Versobank, which is Ukrainian owned.

In September 2016, one week after the NBU's warning, Latvia’s financial regulator, the Financial and Capital Market Commission (FKTK), banned Estonia's Versobank entirely from Latvia, alleging that its activities "pose a threat to the credit institution sector, reputation and interests of customers."

OCCRP reported in October how a group of four Seychelles firms founded in July 2014 moved dirty money out of Ukraine to ABLV and Versobank.

Over the span of seven months in 2014 and 2015, operators channeled tens of millions of dollars in dirty money from diverse individuals and companies through these four offshores to the banks, despite strict capital controls in place at the time.

A large part of the funds flowing through these offshores was payment to foreign suppliers, often Chinese companies, selling goods to Ukrainian importers. The off-the-books payments were apparently made after importers declared the goods to Ukrainian customs at a fraction of their real value.

Versobank did not respond to a request for comment. Estonia's financial regulator, the Financial Supervision and Resolution Authority, said it could not comment on the decisions of foreign regulators such as the NBU and FKTK.

The paperwork included two chapters from what might be called a "money laundering manual" providing detailed instructions on how to draw up plausible fake trade invoices and contracts in order to hide the real nature of funds transferred via offshores. BIB denies any connection to the documents.

Also in March 2016, the European Central Bank (ECB) stripped the license of Trasta Komercbanka, which had Ukrainian co-owners. Latvian regulators said the decision was taken due to the bank's "serious and sustained breaches" of anti-money laundering regulations.

An internationally acclaimed OCCRP investigation published in 2014 found that Trasta had laundered $20 billion in dirty money from Russian banks linked to President Vladimir Putin. The bank did this unhindered by regulators in the run-up to Latvia joining the Eurozone in January 2014. Trasta was also named in an OCCRP investigation as one of the banks laundering funds stolen in a Russian tax fraud exposed by late whistleblower Sergei Magnitsky.

In November 2016, the ECB turned down journalists' Freedom of Information request to view its file on Trasta. Despite the regulatory failures allowing the bank's money laundering activities, the ECB decided that the Trasta file is subject to a "general presumption of non-accessibility" by the public.

"The ECB does not seem to be a great fan of transparency, which is peculiar considering its essential supervisory role for the European banking sector, and does not really help building trust in this institution," he said.

OCCRP has appealed the ruling.