An Italian gambling magnate known as “the king of slots” was arrested on Tuesday on the Dutch Caribbean half-island of Sint Maarten for his alleged involvement in an offshore tax evasion scheme, Italy’s Financial Guard said. 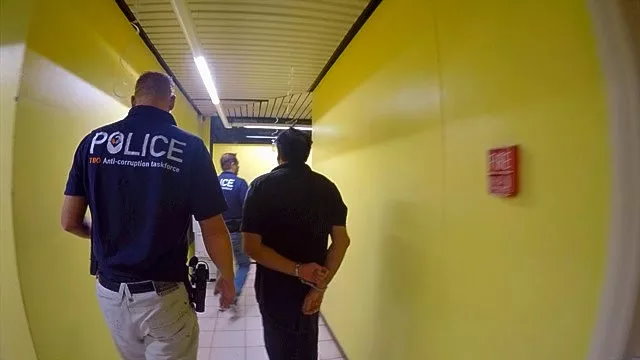 The investigation centered on the activities of Atlantis-Bplus, recently rebranded as Starnet, a company controlled by Corallo operating video gambling machines and online gambling sites.

After obtaining a license from the Italian gambling authority in 2004, the group quickly acquired a dominant position in the country’s market, at one point managing over 30 percent of all active terminals, which are found in places such as betting shops and bars.

According to investigators, however, the rapid rise of Corallo’s business was propelled by large-scale tax evasion through a complex corporate structure threading through the Netherlands, the United Kingdom and several offshore jurisdictions.

Details quoted in the indictment reveal that between 2004 and 2014 the group’s associates paid over€250 million (US$ 266.19 million) into British and Dutch bank accounts, before transferring the funds to Caribbean companies linked to Corallo. Prosecutors allege that part of that money was later used to finance various property investments.

At the centre of the elaborate network is Sint Maarten, Corallo’s country of residence. Born in the Sicilian city of Catania, the “king of slots” moved to what was then known as the Netherlands Antilles at the age of 23. He gained control of three local casinos, laying the foundations of his empire.

Corallo’s father, Gaetano, who was reputedly linked by investigators toCosa Nostra figure Nitto Santapaola, had also found refuge on Sint Maarten in the 1980s. According to testimonies given by informants, in the elder Corallo invested in real estate, hotels and casinos, also on behalf of the Mafia.

Corallo senior was sentenced in 1993to seven years in jail for corruption related to an attempted takeover, masterminded by Santapaola, of a casino in the Italian enclave of Campione.

Francesco Corallo has publicly denied having links to his father or the Santapaola crime group.

According to the indictment, a key role in the success of Atlantis-Bplus seems to have been played by figures like Laboccetta, the former politician arrested on Tuesday. In 2008 Laboccetta was elected to Italy’s lower house as a member of former prime minister Silvio Berlusconi’s centre-right People of Freedom party.

Italian investigators allege the politician used his influence to protect Corallo. When Corallo was arrested on a separate corruption charge in 2012, Laboccetta allegedly used his parliamentary immunity to prevent police from seizing a computer believed to hold incriminating evidence. He was acquitted on charges of obstruction earlier this year; prosecutors are appealing.

Also under investigation are Sergio and Giancarlo Tulliani, father-in-law and brother-in-law of the former lower house president Gianfranco Fini.

The indictment alleges that in 2008 Baetsen transferred over €320,000 belonging to Corallo to an offshore account linked to Giancarlo Tulliani to purchase a Monaco flat then owned by Fini’s National Alliance party.