US Expands Magnitsky Act to Go Global; Estonia Passes Its Own

The United States Senate voted on Thursday to pass a new bill expanding the Magnitsky Act to target corrupt officials and human rights abusers from any country in the world, on the same day as Estonia’s parliament passed a similar law. 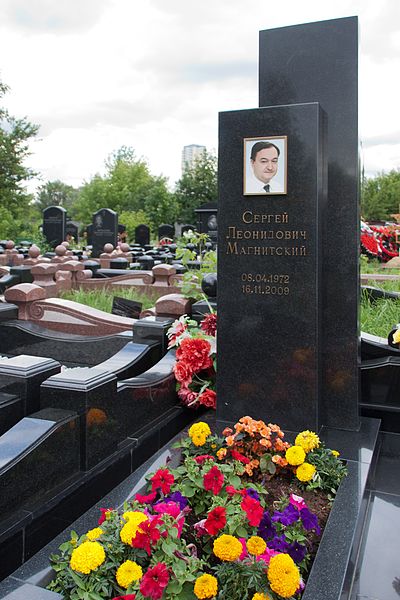 The grave of Sergei Magnitsky (Photo: Dmitry Rozhkov, CC BY-SA 3.0)The US legislation, passed as part of a defense policy bill, denies entry to the US or access to its financial institutions to officials sanctioned by the president for engaging corruption or the persecution of rights activists and whistleblowers. The earlier act, passed in 2012, targets Russian officials and was inspired by the 2009 death of whistleblower Sergei Magnitsky in a Russian jail cell.

The bill now goes to US President Barack Obama to sign or veto. His scheduled replacement, president-elect Donald Trump, drew fire on the campaign trail for his warm words for the government of Russian President Vladimir Putin.

“To have the first European Magnitsky law passed in a country which borders Russia is a fitting tribute to Sergei Magnitsky, whose murder in Russia inspired this legislation,” William Browder, the head of the Magnitsky Justice Campaign, said in a statement.