Italian police captured the leader of a clan of the notorious ‘Ndrangheta crime group on Thursday, ending a six-year run in which he evaded the law. 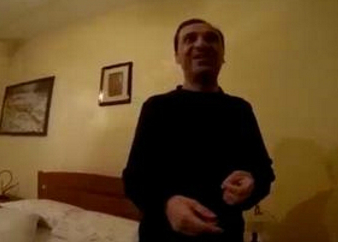 The moment of Marcello Pesce's arrest (Photo: Polizia di Stato) Marcello “The Dancer” Pesce was arrested after police broke into an apartment in Rosarno, his hometown in the southern region of Calabria. A father and son who were arrested alongside Pesce have been charged with aiding and abetting him.

Pesce had been on the run since a tip-off helped him evade an arrest attempt in April 2010. He was convicted in absentia of mafia-type association and sentenced to 16 years and two months in prison.

A court in Calabria last year issued a Europe-wide arrest warrant for Pesce, who police described as one of Italy’s “most dangerous” fugitives.

Although he does not have a a drug conviction, it is believed Pesce's clan ran cocaine trafficking operations through the Calabrian port of Gioia Tauro.

Italian media described Pesce as a strategist, who received his nickname “The Dancer” thanks to his ability to evade authorities with ease. He reportedly spoke French fluently, and traveled to France several times while on the run.

The 'Ndrangheta, one of Europe’s richest and most powerful criminal organizations, is believed to control much of Europe's cocaine trade in partnership with Latin American drug syndicates. The group is also involved in murders, bombings, counterfeiting, gambling, fraud, labor racketeering, loansharking, and migrant smuggling.