The grandson of Kazakhstan’s authoritarian President Nursultan Nazarbayev took to social media on Wednesday to blast members of his grandfather’s inner circle after he lost a vote to head the country’s soccer association. 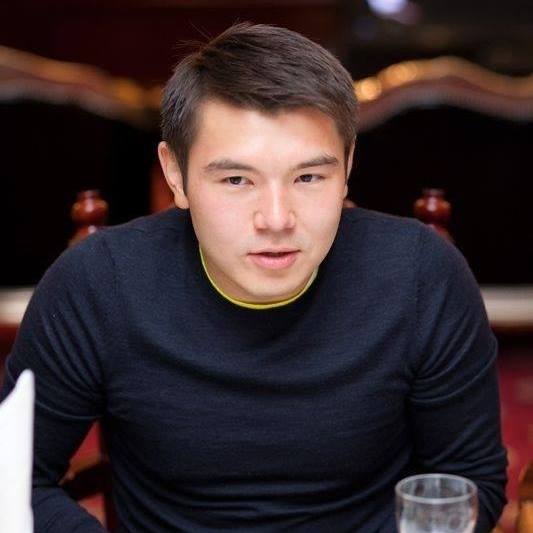 Aisultan Nazarbayev (Photo: Facebook)Aisultan Nazarbayev launched his tirade accusing members of the country’s top echelon of being opportunists interested in personal gain after he lost a democratic vote, held on Monday, for the presidency of the Football Federation of Kazakhstan (FFK).

"It really disgusts me to know that these who surround the president profess to have complete control over the country," the younger Nazarbayev wrote in a Facebook post.

"While they are united in a coalition, and the clans are arguing with each other for influence, considering everything through the prism of their own financial interests," he wrote.

Monday’s vote saw Nazarbayev lose to retired football player Seilda Baishakov – a result that led the family scion to accuse the head of the Executive Office of the President, Adilbek Dzhaksybekov, of vote rigging.

Dzhaksybekov has held influential positions in Kazakh politics since 1996 and is rumored to have embezzled billions of dollars, according to United States diplomatic cables leaked in 2010.

Nazarbayev expanded his critique to include the entirety of his grandfather’s inner circle of businessmen and politicians, who he accused of corruptly holding the Central Asian country back in their thrall.

The criticism from a member of the family that has held a corrupt and repressive grip on the country for nearly three decades was met with a mixture of bemusement and support by government critics.

Natalya Sadykova, a Kazakh exile living in Ukraine, pointed out what she said was the hypocrisy of Aisultan Nazarbayev’s complaint in her own post.

"The grandfather gets 97.7 percent of the vote, and the grandson complains about undemocratic elections. Nursultan Nazarbayev shoots demonstrators in (2011 in the town of) Zhanaozen, and Aisultan Nazarbayev dares to talk about honor and conscience," she wrote.

But Yerzhan Dosmukhamedov, a Kazakh exile and former member of the Atameken opposition party, offered words of comfort to Nazarbayev.

Dosmukhamedov, a supporter of Aisultan’s late father, Rakhat Aliyev, said conspiring by Dzhaksybekov had led to Aliyev’s ouster and death by suicide in an Austrian prison in 2015.