Russian police have detained the head of state firm JSC Corporation of Development, Sergey Maslov, on allegations he took part in the embezzlement of more than one billion rubles (US$ 16.03 million), state news agency Interfax reported Thursday. 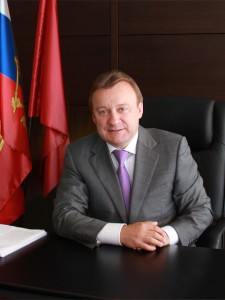 Sergei Maslov (photo: cupp.ru)Maslov is accused of colluding with his deputy, Vladimir Karamanov, and officials of Bank Narodnyi Kredit to move one billion rubles of company funds into the bank, and then funneling the money into offshore proxy accounts.

The Interior Ministry in the country’s western Rostov region began their investigation into the case in 2013. Karamanov was also detained on Wednesday.

Russian newspaper Kommersant reported that when police raided Maslov’s home near Moscow on Wednesday, they found an art collection that included paintings by famous Russian artists, a replica of a sculpture by Salvador Dali and watches worth more than US$ 100,000 each.

Maslov’s garage contained Mercedes, Bentley and Maybach cars and he was found to be the owner of a €50 million (US$ 54.37 million) yacht, Kommersant reported.

JSC Corporation of Development is tasked with promoting the development of the minerals industry in Russia’s Ural region.