Russia: The Empire Strikes Back as "Darth Vader" Wins Case Against OCCRP Partner

A Moscow court has ruled against Organized Crime and Corruption Reporting Project (OCCRP) partner Novaya Gazeta in a defamation case lodged by one of the country’s most powerful men, state media reported. 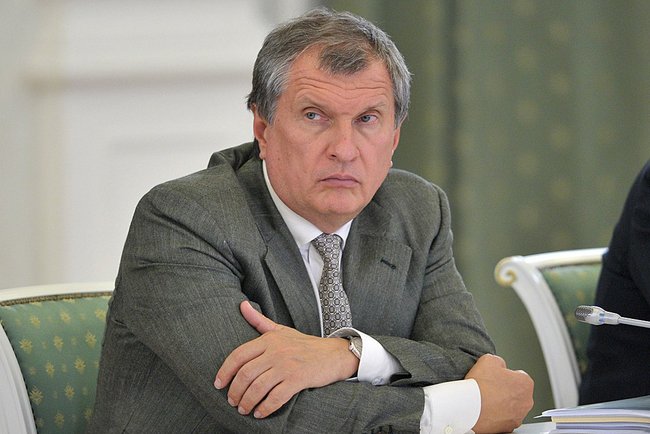 Igor Sechin (Photo: Kremlin.ru CC BY 3.0)Judge Galina Grabovska of Moscow’s Basmanny District Court ruled on Monday in favor of Igor Sechin, the head of majority state-owned oil giant Rosneft, after he brought a complaint against Novaya Gazeta over an August article connecting his wife, Olga Sechina, to a multimillion dollar super-yacht. Sechin, a close confidant of President Vladimir Putin, is sometimes labeled with the moniker "Darth Vader."

The article, written by Roman Anin, was also published by OCCRP. The story alleges that Sechin could be the owner of the yacht by piecing together data taken from Olga Sechina’s social media account with information on the vessel’s travels. Sechin filed his lawsuit on Aug. 16. Olga Sechina also filed a suit but it was dismissed.

The court ordered that Novaya Gazeta publish a retraction of the story within five days, although the news outlet intends to appeal the court’s decision, media reported.

The court found the article presented information in such a way that it improperly implied wrongdoing, according to state news agency Interfax. The court argued that Sechin could not be considered a public figure.

In addition to appealing the decision in Russia, Novaya Gazeta will also be pursuing a decision in the European Court of Human Rights, deputy editor Sergei Sokolov told Interfax.

In September, Sechin won a defamation case against newspaper Vedоmosti. Later that same month, it was revealed that Rosneft sued Russian business site RBC over an article alleging he asked the government to protect Rosneft from competition from BP.