A major construction project in Budapest was awarded to a consortium of companies that made false statements in order to qualify for the tender, an investigation by Organized Crime and Corruption Reporting Project partner Direkt36 has revealed. 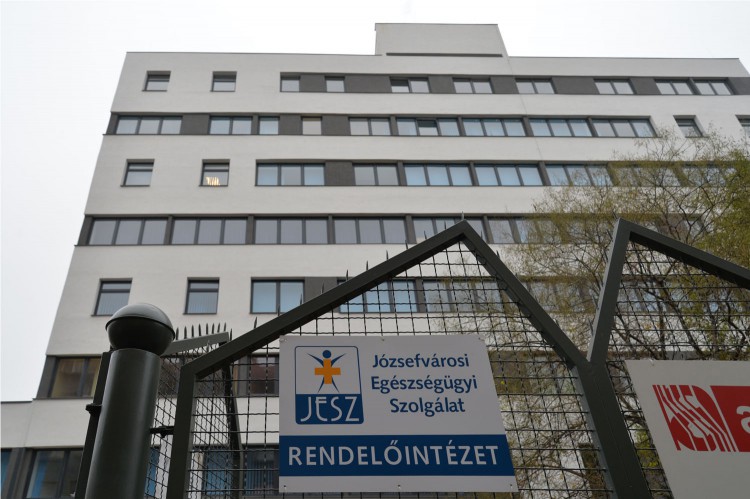 The clinic in Jozsefvaros (Photo: http://jozsefvaros.hu/)The investigation by Direkt36 and Uruguayan journalist Jimena Abad found a consortium led by EU-Line Zrt. made false claims prior to being awarded a contract by Budapest’s Jozsefvaros municipality in January 2015 to renovate a local clinic.

Under municipality rules, the consortium was obliged to prove it had conducted similar work beforehand in order to be eligible for the 1 billion forint (US$ 3.67 million) contract. In its application, the consortium claimed one of its members, Medicor Latinoamericana, had renovated a clinic in the Uruguayan city of Pando.

But documents and interviews show that a reference provided by Medicor , which is owned by Hungarian-born Laszlo Hidvegi, misled municipal authorities over the nature of the work.

The reference claimed that Medicor had previously installed an elevator in the Uruguay clinic – fulfilling a requirement by Jozsefvaros officials that contractors have carried out such work before.

But both official records and interviews revealed that not only had the company not done the work, but that the clinic had no elevator in the first place.

When contacted by a Direkt36 reporter and confronted with this, Hidvegi fell silent for several seconds, before saying: “Look, what’s important is that the construction is over and (the facility) functions.”

Hidvegi refused to answer further questions. The consortium’s leader, EU-Line, did not respond to queries from Direkt36.

Companies that submit false information in bidding procedures can be banned from procurements for years.

The municipality of Jozsefvaros said in a statement that it was under no obligations to check the truthfulness of procurement references.

“The construction was carried out in order,” the municipality said. The renovation of the health center now means “the patients of Jozsefvaros are treated in a modern health centre,” it said.