Prosecutors in Bosnia and Herzegovina on Friday accused an Italian journalist of faking an investigative report that purportedly showed him purchasing weapons from arms smugglers in Sarajevo. 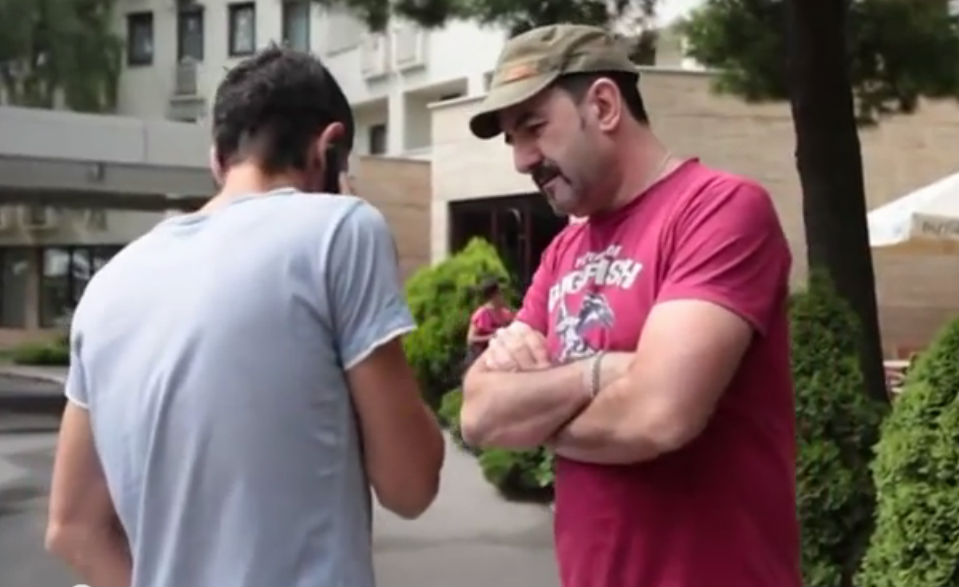 Luigi Pelazza in the report (Photo: Le Iene)The report, aired Sunday on the Italia 1 channel, involved journalist Luigi Pelazza talking to several men with blurred faces who showed him weapons and claimed to have previously delivered around 500 AK-47 assault rifles to countries in Western Europe.

State police announced on Wednesday that they had launched an investigation after seeing the report, and had raided a location in Sarajevo and detained two men.

But on Friday prosecutors said in a release that the resulting questioning of the men showed they were not arms smugglers as claimed, but simply drug addicts who had been paid to act out the role. Authorities said the weapons shown in the video were leftovers from Bosnia’s 1992-1995 war.

Prosecutors said they have forwarded the details of the case to Italian authorities “as the report has damaged the reputation of Bosnia and Herzegovina regarding efforts to crack down on terrorism.”

Pelazza, however, has stuck by his story, telling the Balkans-based N1 news portal “there are absolutely no errors (in the report), but, more importantly, we have no reason to fake anything.”