In a testament to the enduring effectiveness of the Trojan horse, Russia’s secret service gave an anti-corruption official suspected of bribery a samovar fitted with a recording device – which then allegedly caught him discussing a bribe, local media reported Friday. 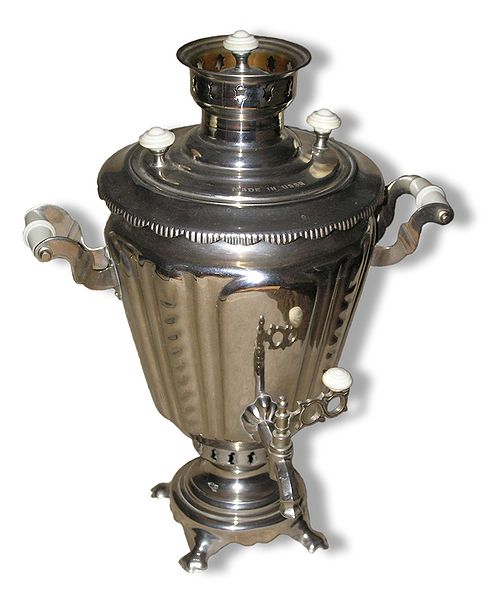 A typical samovar (Photo: Luigi Chiesa CC BY-SA 3.0)The Moscow City Court heard on Thursday that agents of Russia’s Federal Security Service (FSB) had handed over the traditional tea maker as part of their investigation into Mikhail Maksimenko, the head of the Moscow Investigative Committee’s Internal Security Department.

FSB agents gifted the samovar – engraved with a message lauding his efforts "fighting corruption in law enforcement bodies" – to Maksimenko last December while he was in hospital due to complications from concussion. They also bugged his apartment and phone.

On May 12, the bugged samovar allegedly picked up a conversation in which Maksimenko alluded to a US$ 500,000 bribe from subordinates of alleged Moscow organized crime kingpin Zakhary Kalashov, also known as Shakro Molodoi.

Maksimenko was arrested in July, along with two of his subordinates.

Prosecutors accuse Maksimenko of receving the bribe in exchange for softening charges against one of Kalashov’s men implicated in a December shootout in a Moscow restaurant that left two dead and eight injured. Kalashov was arrested on July 12.

Maksimenko contended that the FSB’s surveillance on him was illegal, but the court dismissed his argument, saying the security agency had secured judicial authorization on Dec. 23.