The former president of the now-defunct State Union of Serbia and Montenegro, Svetozar Marovic, has been convicted of the full battery of corruption charges leveled against him after the country’s High Court accepted his second plea bargain, the court announced Tuesday. 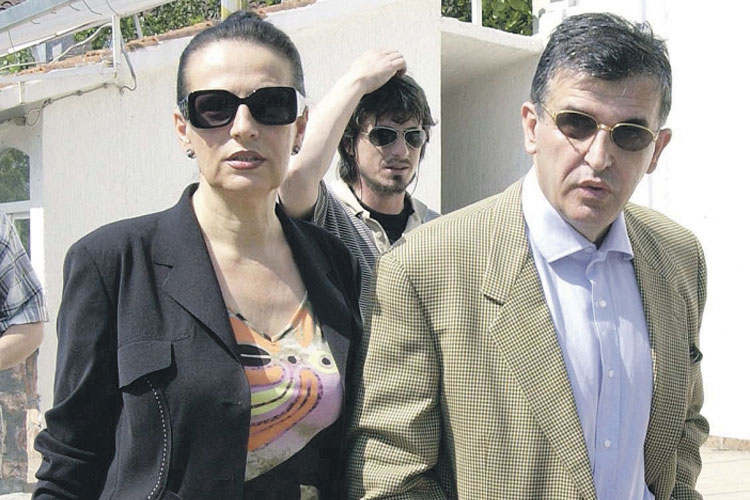 Svetozar Marovic (right) and his wife Djordjina (Photo: Dan)Marovic was sentenced to a total of three years and ten months in prison for his role as a leading figure in several major corruption cases, local media reported.

Marovic was arrested last December on charges he was the leader of an organized crime group that had defrauded his hometown of Budva, a tourist spot on the Adriatic coast, of millions of dollars.

Prosecutors said that, along with Budva officials, Marovic used his influence as a senior official in the ruling Democratic Party of Socialists (DPS) to usher along a series of property purchases and construction deals that reaped large gains for several companies but caused signficant losses for the local government.

In May this year, Marovic signed a plea deal admitting to several – but not all – of the charges against him of fraud and abuse of office. As part of that plea bargain he agreed to a prison sentence of one year and ten months in prison, a €50,000 (US$ 56,107) fine and the return of €1.1 million to the state, according to local news portal CDM. He resigned as the head of the political council of the DPS in June.

The second, final, plea deal now sees Marovic admit to the remaining corruption charges against him.

But the plea bargains have also raised concerns among some observers from non-government organizations.

Dejan Milovac, the director Organized Crime and Corruption Reporting Network (OCCRP) partner the Network for Affirmation of the NGO Sector (MANS), said Marovic should not have been granted a plea deal because he had only initially partially and grudgingly admitted his crimes, and because officials have still not conducted an estimate of the total financial damage in all the cases against him.

“MANS has repeatedly stated that the plea bargains with Svetozar Marovic were struck too soon, and that the Special Prosecutors' Office must first complete the financial investigation in order to have a clear picture of the financial damage produced by the organized crime group of Marovic,” Milovac told the OCCRP.

He also criticized the fact that prosecutors have not made public all the details of all plea bargains of Marovic and his associates.

OCCRP reported in March 2015 that Marovic's wife, Djordjina Marovic, had US$ 3.8 million of undeclared assets stashed in the Swiss HSBC bank.