Spanish police said Wednesday they had dismantled an Albanian-Bulgarian network smuggling heroin and other drugs from the Balkans and Turkey to the cities of Barcelona and Tarragona, arresting seven members of the group. 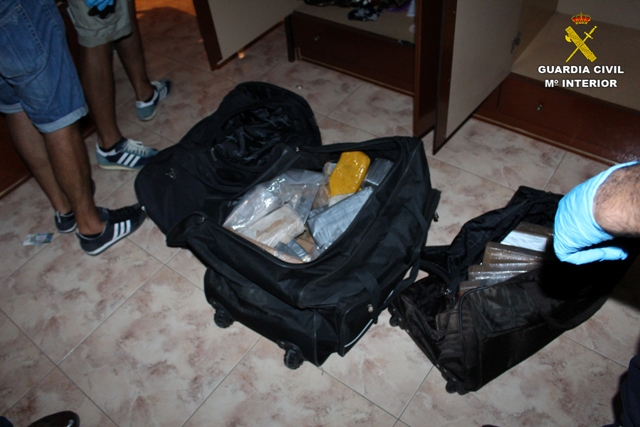 Part of the drug seizure (Photo: guardiacivil.es)Officers discovered a “sophisticated laboratory” for heroin processing in a village near Barcelona and seized 38 kilograms of high-purity heroin, eight kilograms of cocaine, 50 kilograms of processing chemicals, and a silenced handgun, the Spanish Civil Guard said in a press statement.

“The network members had military training and great discipline,” the statement said.

The group came to the attention of Spanish authorities, who worked in conjunction with Albanian police, after they seized documents in an earlier raid. The group, led by an Albanian with an “extensive criminal history,” was then placed under surveillance.

Police said the Albanian members of the group handled the smuggling operations, while a Bulgarian member arranged for distribution of the drugs.

The bust comes shortly after Spanish police said they dismantled a Polish drug trafficking gang in another international police operation, arresting 23 of its members and seizing nearly US$ 2.5 million in assets from them.