OCCRP partner the International Consortium of Investigative Journalists (ICIJ) released an investigation Monday showing how the law firm at the center of the Panama Papers leak set up companies at the center of dozens of alleged cases of large-scale bribery in African countries. 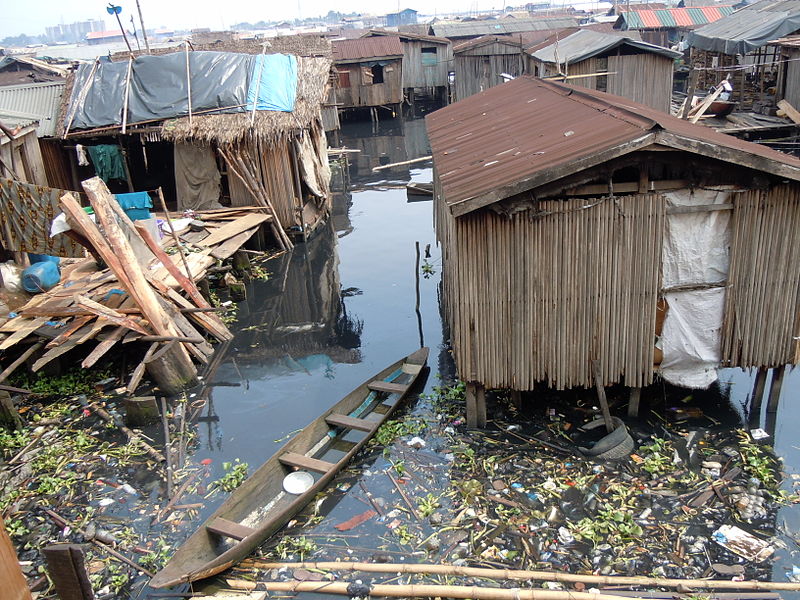 Poverty in the Lagos slum of Makoko, Nigeria. (Photo: Heinrich-Böll-Stiftung, CC-BY SA 2.0)The report, in collaboration with more than a dozen African news outlets, found that Panama-based Mossack Fonseca created companies linked to extractive industries such as oil, gas and mining in 44 of Africa’s 54 countries.

The ICIJ found that 37 companies within the Panama Papers have been named in court actions or investigations involving natural resource extraction in Africa. The cases involve allegations ranging from bribery to tax avoidance and environmental destruction.

Among the cases, the ICIJ uncovered how Mossack Fonseca created 12 shell companies that Italian investigators say were used to conceal some of US$ 275 million in bribes paid by Italian energy giant Saipem in order to secure more than US$ 10 billion in oil and gas pipeline contracts in North Africa.

Investigators say one of the companies set up by the law firm was used to channel as much as US$ 15 million to people close to the former energy minister of Algeria.

The ICIJ’s reporting also revealed how Mossack Fonseca created shell companies used to hold the offshore assets, including the luxury yacht, of a Nigerian accused of helping cheat the oil rich country out of $US 1.8 billion.

The ICIJ touted its investigation as lifting the lid on how massive corruption keeps Africa poor, despite billions in aid sent to the continent every year. The United Nations estimates at least US$ 50 billion vanishes from Africa every year due to illicit money flows.

The OCCRP is part of the worldwide partnership reporting on the Panama Papers, one of the biggest leaks and collaborative journalism projects in history.