A court in Bosnia and Herzegovina ruled Monday that the banking agency of the autonomous Republika Srpska had acted illegally by withholding records on a failed local bank from the anti-corruption group Transparency International (TI), the organization said. 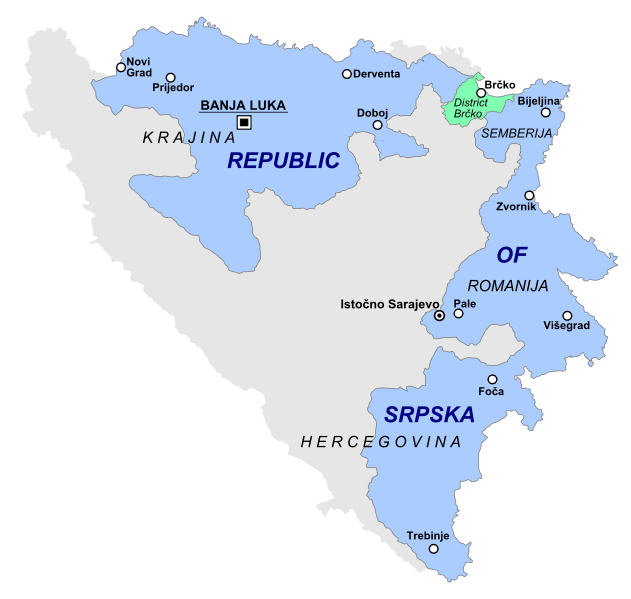 Republika Srpska, highlighted in blue (Photo: Andrein, CC BY-SA 4.0)The district court in the city of Banja Luka found that the Banking Agency of Republika Srpska, which oversees financial institutions in the country’s Serb sub-state, had improperly refused to comply with a request from TI for external auditors’ reports on Banka Srpske, which had its license revoked by the agency in late 2015.

The agency had earlier refused TI’s request on the grounds that the information was a “trade secret,” TI said.

The bank, which has been is in liquidation since May, has long suffered heavy losses. The bank was established in 2013 on the remains of the failed Balkan Investment Bank. State prosecutors are investigating allegations that the Balkan Investment Bank was used to launder 1.7 billion Bosnian Marks (US$ 960 million), according to Radio Free Europe.

This is not the first time a court ruled in TI's favor regarding failure to submit data related to Republika Srpska’s scandal-plagued banks. In April, TI announced that the Banja Luka court ruled that the agency had illegally withheld a report on Bobar Bank, which has been in liquidation since 2014.

In that ruling, the court also found that the agency had improperly cited trade secrets as a reason for withholding information.

Bobar Bank is currently at the center of a large-scale investigation of what Bosnian prosecutors say involved up to 280 million Bosnian Marks (US$ 158 million) in losses, brought about by fraudulent loans.

The investigation has seen 11 arrests, the latest happening last week.

Irregularities in Republika Srpska’s banking sector have been a key target of the region’s opposition, which accuse the government of regional president Milorad Dodik of turning a blind eye to abuses.

Federal prosecutors are also investigating Pavlovic Bank, from which Dodik took a controversial loan in 2008.