Romanian authorities seized over 2 tons of cocaine on July 1, making it the largest drug bust in Romanian history. 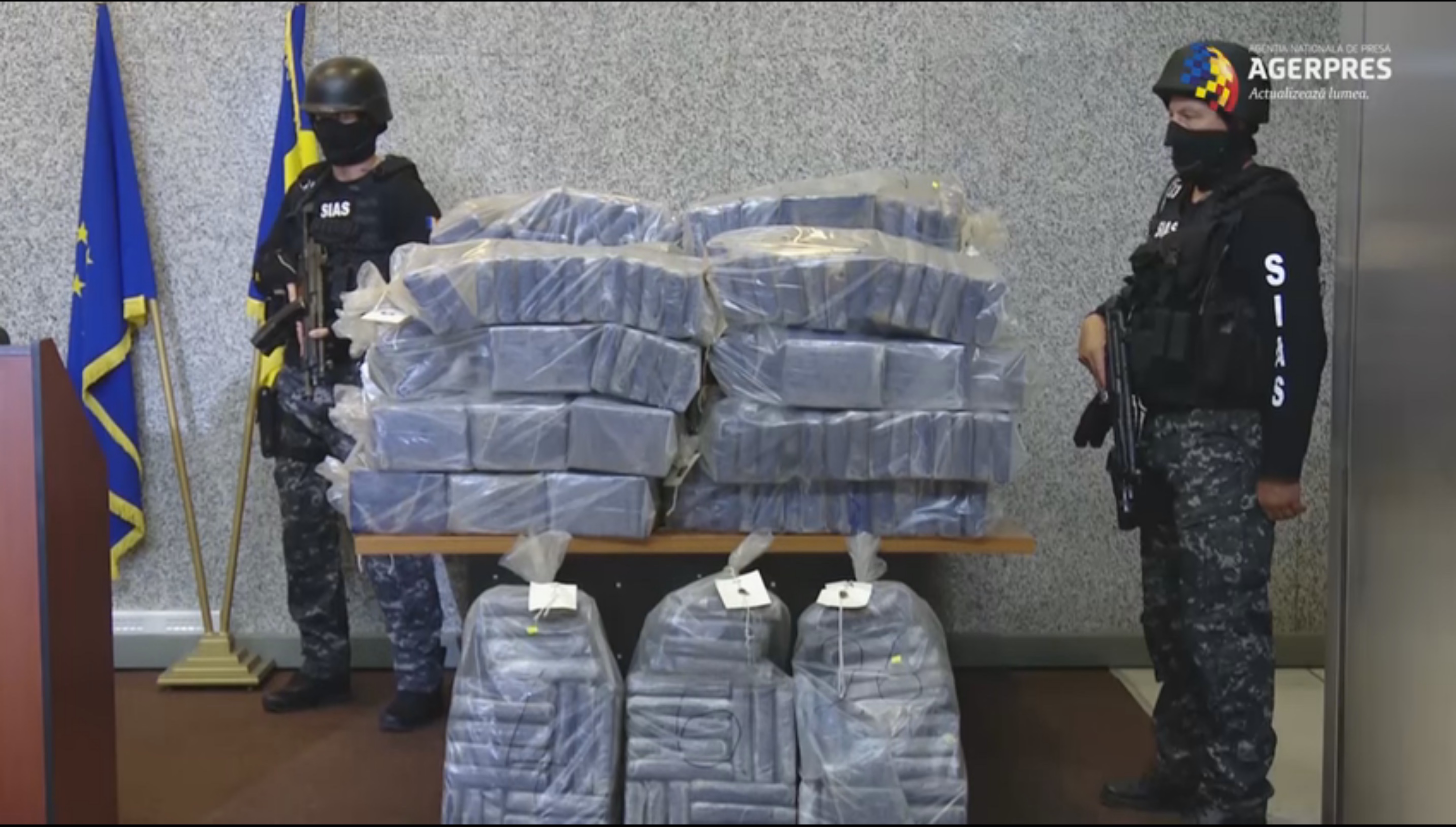 The cocaine has a value of € 625 million (US $ 694 million) and was found in banana crates while going through inspection at the Black Sea port of Constanta.

The bust was the end result of a six-month operation involving cooperation between Romanian, Spanish, and United States authorities. More than 150 police officers and undercover agents were involved in the operation. Romanian authorities released a film of the operation in action.

Four Lithuanians and one Colombian were arrested. They are accused of setting up an organized drug ring and operating between April and June 2016 to bring large amount of cocaine into Romania. They would allegedly use a rented storehouse in Constanta, Romania as a starting point for distribution to countries throughout Western Europe.

The drugs traveled from Colombia to Western Europe, concealed in a variety of containers to hide them from traditional scanning procedures.

A sixth suspect, a Moroccan going by the nickname “Rocky,” was arrested on June 29 in Spain as he tried to flee the country. He is alleged to be the ringleader of the operation.

In 2015, 70 kilos of rare black cocaine from Venezuela was seized in the Romanian city of Timisoara after its initial route through the Constanta port was changed.

The suspects will be detained for 30 days and will face trial shortly after.