After seven months in custody, former Moldovan Prime Minister Vlad Filat was sentenced to nine years in prison on corruption charges in a billion-dollar case that shook the nation’s economy. The theft from three banks amounted to about 13 percent of the country’s annual gross domestic product. 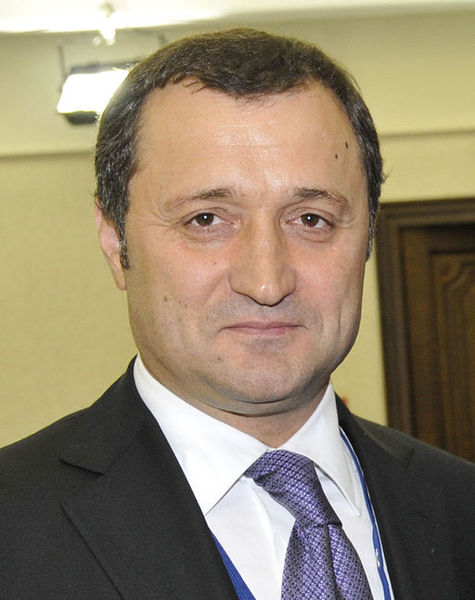 Moldovan Former Prime Minister Vlad Filat (Photo Credit: Wikimedia)The case, however, is far from over; both Filat’s lawyer and the case prosecutor vowed to appeal the court’s decision.

Last October, Moldova's Parliament lifted Filat’s immunity so that he could be investigated in a case involving the disappearance of more than US$ 1 billion from three Moldovan banks. A total of 79 lawmakers out of 101 voted to lift the immunity. Filat was later arrested by the National Anti-Corruption Center.

On Monday, a court in the capital city Chisinau found Filat guilty of abuse of office and corruption and sentenced him the same day, according to Radio Free Europe/Radio Liberty (RFE/RL). He denied any wrongdoing and claimed the case was politically motivated.

The court banned Filat from holding public office for five years, and ruled to withdraw his Order of the Republic state distinction and to confiscate his assets. The judges also determined that he has to pay a fine of 60,000 lei (US$ 3,027), according to Today. (The full text of the sentence can be found here.)

Filat’s lawyer, Igor Popa, said that the case sought to remove Filat from the political stage.

“No true fight against corruption has been made in this (case). The cause has nothing in common with bank fraud. The decision will be appealed at the Court of Appeal and the European Court of Human Rights (ECHR). We are sure that we will win the case at ECHR,” according to Moldpres.

Prosecutor Adriana Betisor, on the other hand, maintained that the punishment was too mild and that none of the evidence presented by the prosecutor in court had been contested, according to Moldpres.

“No counterargument to the unveiled evidence has been brought,” Betisor said. “We demanded 19 years. Nine years is too little for the damage caused by Mr. Vlad Filat to the state.”

A leaked audit report, done by the corporate investigation and risk consulting firm Kroll, found that the banks involved in the case loaned the money to unidentified parties. The National Bank of Moldova was forced “to issue the three banks some 16 billion lei (US$ 870 million) in emergency loans to keep the economy from collapsing,” according to RFE/RL.