Romania: Government To Cut Down Benefits To Aspiring Writers Behind Bars

A Communist era law that lets convicts in Romania cut down on jail sentences in exchange for publishing scientific works will now be amended, as abuse of the law has spiraled out of control, according to Balkan Insight. 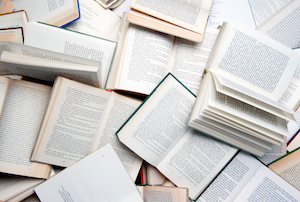 (Photo Credit: Wikipedia)  The law, originally designed for those not suitable for manual labor, let those behind bars shave 30 days off their sentences for each published work. Justice Minister Raluca Pruna said yesterday that a prisoner would be able to “reduce his or her sentence by only 20 days, whatever the number of books published.”

The law came under scrutiny earlier in the year, as investigators and authorities began to investigate if some, after getting their topic approved by a university professor, were simply paying others to write for them.

From 2007 to 2010, only one book was published per year; however, the number rose to 90 in 2014, and 340 last year, Balkan Insight said. Suspicion arose earlier in the year when investigators noted a 212-page book that was written in less than seven hours, along with a 180-page book written in 12 hours.

Journalists have said that rich prisoners hire outside academics or ghostwriters to write the works, and then the prisoners copy them out by hand after they are smuggled into the jail, according to The Economist. A parole board with no guidance or expertise then decides if the work merits a reduced sentence.

The overall system, which some experts call discriminatory, is not seen in any other EU country.

Businessman and former football boss Gigi Becali said recently that he had a ghostwriter pen two books for him, one about pilgrimages to Mount Athos and another about managing a football team.

Forbes wrote about a rumor that some were even preparing books in advance of their punishments, planning to produce them once they got to jail.

Businessman George Copos was released last year after serving only around 400 days of a four-year jail sentence. Copos, whose writing about history and tourism shortened his sentence by 150 days, was prosecuted in May for allegedly plagiarizing a thesis by a master’s student, Balkan Insight reported.

Forbes reported that the student said that Copos would not have been able to access the documents he used. Aspiring writers who are behind bars have to rely on family and friends to photocopy reference pages, as they do not have access to the internet or other books.

Allegations of plagiarism have hit all levels of Romanian society, and led to the resignation of Education Minister Ioan Mang in 2012. Former Prime Minister Victor Ponta gave up his PhD in 2014 after he was accused of copying more than half of his thesis, Reuters reported. He said that he should have cited sources in the footnotes, instead of just in the bibliography.