Environmental minister Ferid Agani, accused by a prosecutor of involvement in a bribery scandal, was released from his position on Monday. 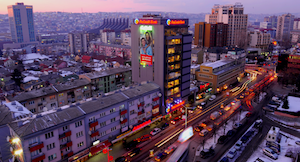 The scandal, which occurred when he was serving as health minister under the previous administration, involved doctors and others taking bribes of up to US$ 560 in order to refer patients, some of which were already dead, to two private clinics. Sixty-four people, including 44 doctors, were indicted last Wednesday in connection with the scheme.

The Office of the Chief State Prosecutor wrote that Agani was accused of abusing his official position of authority, under the Criminal Code of the Republic of Kosovo. He allegedly signed papers that paid € 4.5 million (US$ 5.11 million) to the clinics, Reuters reported.

Agani, who has previously served as a Member of Parliament, is currently an assistant professor at the University of Pristina and the president of the Justice Party.

He has professed his innocence, posting on Facebook that his party stands in firm and unanimous support for its head, and that the leadership is convinced that the truth will prevail.

He also asked for his followers to keep their faith in him, a minister who was known as a health care reformer in Kosovo.

Political analyst Halil Toshi said that an indictment against a minister should be a cause for worry. The case may raise some questions, he added, as there are other big corruption cases that have not been tackled yet, Telegrafi wrote.

Kosovo’s healthcare system ranks as one of the worst in Europe, and the Citizens Network for Peace, Reconciliation and Human Security wrote in March that a mindset within the country is if a bribe to a doctor or nurse is not provided, then there will be no service or care.

Kosovo ranked 103 out of 168 in the 2015 Transparency International Corruption Perceptions Index.

A former ruling party legislator was in court earlier in June for allegedly running a gang that bribed officials and faked documents in order to get land cheaply, overall depriving the state and Kosovo Serbs millions of dollars.