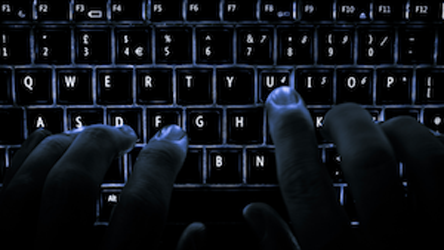 (Photo Credit: Wikipedia) Leaders of the DNC contacted the cyber security firm CrowdStrike after noticing unusual activity. CrowdStrike said that the group that entered the network last summer monitored email and chat communications and could be working for Russia’s Federal Security Service.

The second group allegedly stole research that included Trump’s business efforts in Azerbaijan, Georgia, Serbia and Russia, Reuters said. CrowdStrike’s co-founder Dmitri Alperovitch does not think the two groups worked together, saying that one group would steal a password the other group took the day before, the New York Times reported.

CrowdStrike said that the April group was most likely working for the Russian military, and thinks both groups tricked committee employees into downloading malicious software via emails that look legitimate, but contained links that, if clicked, would enable a cybercriminal to gain access to a computer, the Washington Post wrote.

Kremlin spokesperson Dmitry Peskov told Reuters that he completely ruled out involvement by the Russian government or government bodies. Evidence linking hacking teams to governments is often a mix of hunches and government sources, sometimes making a connection hard to prove, the Guardian said.

However, stealing the files could save someone looking to get information “hundreds of thousands of dollars” because the research takes so much time to gather. Access to the communications could prove to be more useful, giving insight into the insider strategies that might be hard for foreign officials to access, according to the former official.

Political campaigns are often vulnerable to cyber attacks because of the high use of technology, and because they generally do not spend millions or billions of dollars on security as opposed to banks or large companies, according to the New York Times. Hackers allegedly tied to the Chinese government infiltrated the campaigns of Barack Obama and John McCain in 2008.