Russian authorities said they had detained around 50 people who allegedly used computer programs to steal at least 1.7 billion Russian rubles (US$ 25 million). 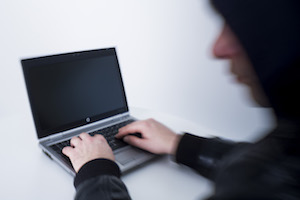 (Photo Credit: Flickr) Ruslan Stoyanov, head of computer incidents at Kaspersky Lab, said that to his knowledge it was the “largest ever arrest of hackers in Russia,” Bloomberg wrote.

The criminals stole login names and passwords for online bank accounts by hiding malware on popular Russian websites that would allow the thieves to gain access to computers, according to the BBC. A large amount of computer and communication equipment, banking cards and financial documents were seized in police action across 15 regions in the operations, the Federal Security Service wrote.

Cybercriminals across the world have stepped up their attacks on banks. The global cooperative SWIFT has said in recent months that is has experienced a “number of recent cyber incidents.” A bank in Vietnam said in mid-May that it had prevented cybercriminals from stealing over US$ 1 million last year via SWIFT. So far, investigators are allegedly looking into computer breaches linked to SWIFT’s system at up to 12 other banks, Bloomberg reported.

A cybercriminal heist in February saw around US$ 80 million stolen from the central bank in Bangladesh, while thieves took US$ 12 million from a bank in Ecuador last year.

A report by cybersecurity firm Group-IB has detailed how a Russian-speaking group used malware last year to make millions in trades using a Russian FOREX trading system, while one by Kaspersky Lab wrote about a group of Russian cybercriminals who managed to steal US$ 790 million across the world in three years.