19 Arrested On Suspicion of Document Forgery In Greece, Czech Republic

Police action with the support of Europol saw 16 arrested in Greece and three in the Czech Republic as part of an operation against crime groups that allegedly made and distributed fake documents to illegal migrants looking to enter the EU. 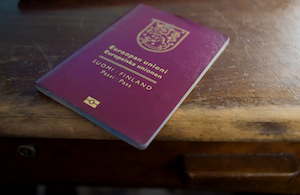 Fees for the documents depended on quality and country, but ranged from EU€ 100 (US$ 111) to EU€ 3,000 (US$ 3,350) each. Documents were sent to EU member states, and countries within Africa, the Middle East and Asia, Europol reported.

The groups within Greece were identified due in part to an investigation by Czech authorities that began in late 2014. It was revealed that the groups in Greece would alter lost or stolen documents that a gang in the Czech Republic bought and then mailed. After the documents were sent back to the Czech Republic, they were sent via courier to potential customers.

Europol’s Director Rob Wainwright said that there was a “growing criminal market associated with the migrant crisis”, and that document fraud was an enabler of organized crime.

A rise in demand by asylum seekers in early 2016 has led to an epidemic relating to passport fraud, authorities said. A French minister has said that fake passports are hard to detect because they are often documents either taken from the dead or stolen from offices overrun by groups such as ISIL, Politico wrote.

Fraudulent passport makers often add fake visa stamps and sometimes can re-create holograms to make the documents seem more legitimate, Al Jazeera reported. In an effort to cut down on human trafficking and forged travel documents, Pakistan said in mid-May that they would begin to issue biometric passports next year, according to Voice of America.