A mayor who was said to have treated the northwest village of Galiche like a feudal domain was charged by Bulgarian authorities with controlling an organized crime gang, Balkan Insight reported. 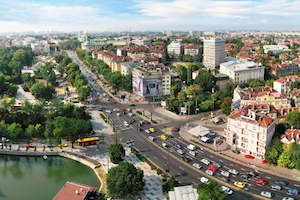 Sofia, Bulgaria (Photo Credit: Wikipedia) A police operation in the village saw 12 arrested, of which eight have already been indicted. Mayor Tsenko Chokov was allegedly determined to be the head of the group, according to the results of a two-month investigation. Authorities conducted more than 45 searches and interviewed at least 20 witnesses. Evidence seized included notebooks, debit cards, deeds and powers of attorney, Bulgarian authorities wrote.

Charges against the group include money laundering, property fraud, assault, blackmail and kidnapping, while Chokov has also been charged with bodily harm, Balkan Insight said. The chief secretary of the Bulgarian police said that the group was “brutal and highly conspiratorial.” Novinite reported that the group allegedly threatened people by setting cars on fire.

The Sofia Globe said that Chokov was elected again in 2015 as the mayor of the village, said to have somewhere around 1,700 people. He’s gained notoriety over his ownership of expensive items like luxury cars, and for allegations that the people in his area lived in a state of fear.

In 1996, Chokov beat a man in the center of the village with a baseball bat after accusing him of theft, and in 2002, he raised the flag of a powerful Bulgarian criminal gang in the municipality. When Chokov was 42, news surfaced of an affair between him and a 16-year-old girl. He emptied a Kalashnikov into the van of the girl’s father after he asked for the relationship to end, Balkan Insight said.

Despite an investigation starting against him in 2002, and rising opposition by local citizens, Chokov continued to increase his fortune by acquiring property and land, and continued to win elections for mayor. He allegedly took 300 villagers on holiday in order to secure votes to win again in 2015.

Authorities have denied that Chokov was the beneficiary of political protection despite his behavior and his support of four different political parties. Investigators have called for village locals to testify against the suspects.