Following a major crackdown on an international drug trafficking group in Greece on May 9, the Albanian opposition Democratic Party (DP) has accused the interior minister of protecting the alleged leader of the group, whom Greek media has dubbed the “Escobar of the Balkans.” “Escobar” is, according to the Balkan Investigative Reporting Network (BIRN), a former regional director of transport services who served as part of the Transport Ministry until last week. 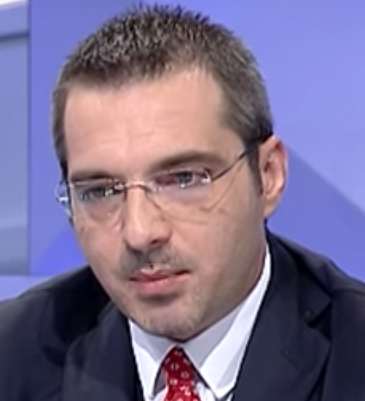 Sajmir TahiriOn May 9, Greek police cracked down on a transnational organized crime group they say had transported cannabis and cocaine into several European countries using transport companies. Officers seized about 678.5 kilograms of raw hemp and arrested 13 Greek and two Albanian nationals. Police also seized a speedboat, five trucks, a shotgun and ammunition, almost 15,000 Euros (US$ 17,000), documentation related to the trafficking activities and other evidence.

Greek authorities believe the group has been active in a number of countries for many years, achieving profits of hundreds of millions of dollars according to their estimates.

The drugs would first enter Greece from Albania via speedboats, and would subsequently be smuggled towards several European countries with the help of bogus transportation companies the group had established.

Greek police also say a “44-year-old Albanian national” was the sponsor of the operation. According to BIRN, the person in question is Klemend Balili, an Albanian businessman who served as a local administration official in the city of Saranda in southern Albania until his dismissal last week. BalkanInsight states BIRN journalists saw a Greek arrest warrant for Balili dated May 9.

According to the latest accusation by the DP, the Interior Minister, Sajmir Tahiri, erased the criminal record of Balili, who they say was caught with 750 kilograms of “drugs” in 2006.

Since the news broke, the DP has been accusing the government, specifically Tahiri, of protecting the alleged drug kingpin.

Tahiri, a member of the ruling Socialist Party, has denied all these allegations.

On Monday, DP Secretary General Arben Ristani repeated the accusations against Tahiri, but also added that the Interior Minister was excluded from the international operation to dismantle the group, which was conducted by Greek police, the US Department of Justice and police in other European countries. The reason, according to Ristani, is that Balili is connected to top officials in the country, Tahiri in particular.

This was also stated earlier in an article by CNN Greece, which reported on a meeting between Greek and Albanian law enforcement, during which an Albanian officer allegedly said the suspect was too highly politically connected to be arrested. In a letter to CNN Greece, the Albanian Embassy in Greece denied that any Albanian police officer ever said this.

According to the Albanian Ministry of Interior, however, Albanian law enforcement has also been part of the crackdown – they say cooperation for the operation began several months ago and includes intense exchange of information between the relevant police forces. As the investigation is still ongoing, the Ministry states it cannot provide any further details on the case.

The statement also condemned the accusations by the DP, urging political parties to “stop the attacks and baseless slander.”

According to local Ora News, Balili denied any such accusations, saying they are politically motivated.

According to local Albanian News, Justice Minister Ylli Manjani told journalists Monday that he is “not aware” of an arrest warrant against Balili in Albania.

This is not the first time the Democratic Party has accused Tahiri of connections with drug trafficking cartels. In September last year, the DP accused him of protecting criminal groups that smuggle Albanian marijuana to Italy by plane.