Some of the world’s leading economists have signed an open letter to world leaders asserting that tax havens “serve no useful purpose,” ahead of the anti-corruption summit to be held in London tomorrow. 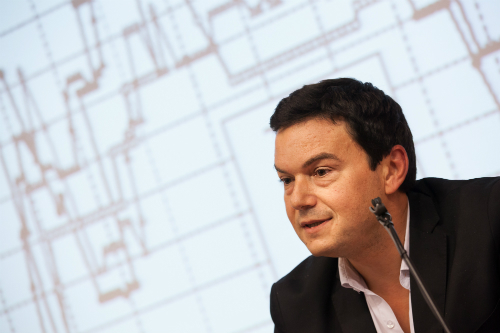 ‘Journalists are doing their job… the governments are not doing theirs’

"The abuses are not only shocking, but staring us directly in the face,” Jeffrey Sachs told Oxfam. “We didn't need the Panama Papers to know that global tax corruption through the havens is rampant, but we can say that this abusive global system needs to be brought to a rapid end. That is what is meant by good governance under the global commitment to sustainable development."

The letter said that while offshore tax havens “benefit some rich individuals and multinational corporations, this benefit is at the expense of others, and they therefore serve to increase inequality.”

It cited the Panama Papers revelations and other exposés highlighting that “the secrecy provided by tax havens fuels corruption and undermines countries' ability to collect their fair share of taxes.” Last month, on his blog on Le Monde, Piketty pointed out that in addition to the Panama Papers, the LuxLeaks scandal revealed that multinationals paid almost no tax in Europe, thanks to their subsidiaries in Luxembourg.

“The Panama Papers have shown the extent to which financial and political elites in the North and the South conceal their assets,” Piketty said on his blog. “We can be glad to see that the journalists are doing their job. The problem is that the governments are not doing theirs.

“The truth is that almost nothing has been done since the crisis in 2008. In some ways, things have even got worse.”

The letter quoted economist Adam Smith, who said that the rich "should contribute to the public expense, not only in proportion to their revenue, but something more than in that proportion."

The economists acknowledged in the letter that while they disagreed on tax policies, they all agreed that offshore tax havens “are distorting the working of the global economy” and threatening “the rule of law.” They urged leaders to implement new global agreements for country-by-country reporting and for outing the true beneficial owners of shell companies with publicly available information.

The letter acknowledged the task would not be easy as “powerful and vested interests” benefit from the system as it is.

During an interview on BBC Radio 4’s Today programme, Sachs said: “If the UK and US and the European Union as a whole 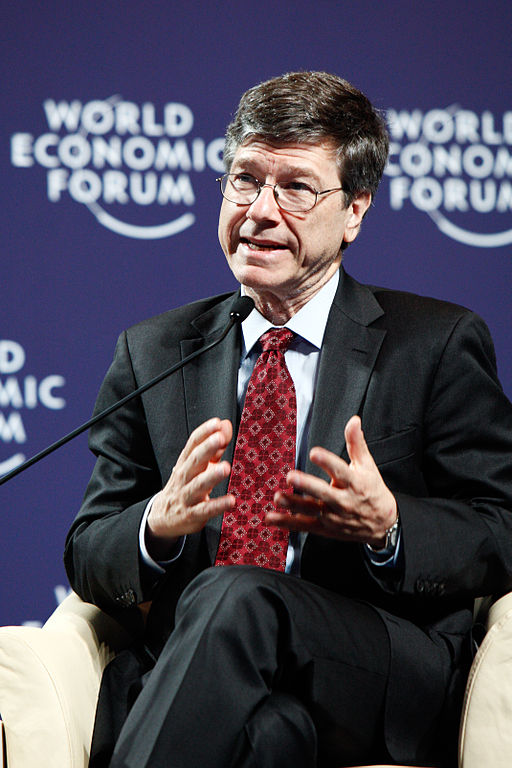 Jeffrey D. Sachs (Photo: World Economic Forum)decided on Thursday at the UK conference that enough is enough ... there could be a phenomenal change in a very short period of time.”

However, the anti-corruption summit faces a series of political challenges. Sachs said lobbying from the rich was likely to result in a failure in any meaningful implementation of reforms, the Guardian reported.

British Prime Minister David Cameron agreed to host the anti-corruption summit in London nearly a year ago but the politically sensitive event may highlight the failure of the United Kingdom to persuade its offshore territories to stop harboring illicit cash, the Guardian said.

“Corruption is an enemy of progress and the root of so many of the world’s problems,” Cameron said ahead of the summit. “It destroys jobs and holds back economic growth, traps the poorest in desperate poverty, and undermines our security by pushing people towards extremist groups.”

Earlier this week, the Independent said that Cameron failed to persuade British overseas territories to send representatives to the summit. Downing Street said they were “still in discussions.” Meanwhile, Panama and the British Virgin Islands claimed they never received invitations, the International Business Times reported.

Cameron’s government faced skepticism from The Times, which saw an advanced copy of the summit communiqué with pledges to be made at the summit, saying they had been “watered down.”

The pledges included an international call for fully public registers of beneficial ownership. Key passages were cut from the text of successive drafts of the communiqué, including one supporting the work of the media in exposing tax avoidance, the Independent said.

Nigerian President Muhammadu Buhari and Afghanistan's Ashraf Ghani will be attending the summit along with Colombian President Juan Manuel Santos, US Secretary of State John Kerry, the leaders of the World Bank and IMF, and representatives of various non-governmental organizations, Agence France-Presse (AFP) reported.