Counterfeit Euro notes seized during the crackdown on an illegal workshop in Northern Bulgaria are of extremely high quality, according to Bulgarian prosecutors and experts from Europe's joint police force (Europol). 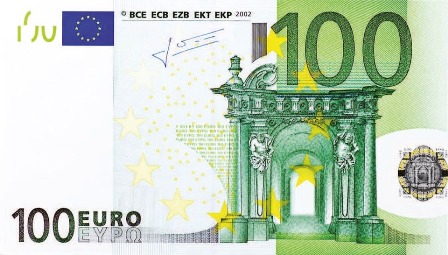 A 100 Euro banknote Cooperating with Europol, Bulgarian authorities detained three suspects and dismantled an illegal workshop in the area of Pleven on April 22, where high-quality forged 100 Euro (US $114) bank notes were found.

Europol called the seizure “one of Europe’s most significant in recent years on account of the quality of the forged notes detected in circulation in Austria, Belgium, France, Germany, Greece, Italy, Romania, Slovakia, Slovenia and Spain.”

Apart from 24,000 Euros (US $27,000) worth of counterfeit bills ready for placement into the market, officers also seized a number of unfinished notes in various stages of production, printing presses, a laser engraving machine, films, inks, hologram stickers and other equipment, as well as 13 fake IDs.

Europol's director, Rob Wainwright, said, "The information gathered during the raid and from the forensic analysis of the seized banknotes attests to the huge production potential of this criminal organization, both in terms of quantities of counterfeited banknotes but also on account of their quality.”

According to him, the Euro is an attractive currency for counterfeiters due to its perceived stability and low inflation.