Kosovo prosecutors initiated a crackdown on an organized crime gang, allegedly run by ruling party lawmaker Azem Syla, that they say deprived the state of public property worth about 30 million Euros (US$ 34 million). 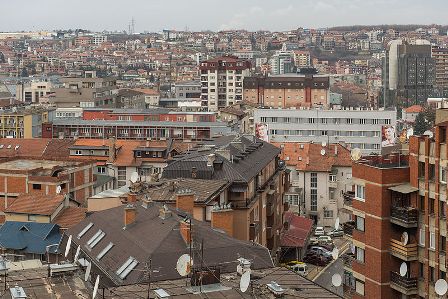 Prosecutors say that since 2006, the organized crime group composed of Kosovo and Serbian citizens had bribed public officials and falsified official documentation in order to deprive the state and members of the ethnic Serb minority in the country of property.

The group allegedly "misused" the rights of Serb families to certain plots of land, which were temporarily seized by the Basic Court in Pristina, and were to be returned to their original owners once the pending legal status of those properties would be solved.

After the NATO bombing of 1999 and the withdrawal of all Serbian institutions, these properties and other legal issues have fallen into limbo. It was believed that these issues would be resolved as part of the ongoing EU-facilitated dialogue between Kosovo and Serbia.

Kosovo Serbs who fled Kosovo after 1999 sold the properties cheaply, not having any intention to return to the now independent Albanian-majority country.

According to Reuters, investigators believe the scheme involved officials and businessmen who bought state-owned land cheaply, only to sell it for a larger profit.

Prosecutors said Wednesday Syla remains at large, and Kosovo police have tried to locate him unsuccessfully throughout the past ten days.

According to Balkan Insight, when authorities did not find Syla in his home, they contacted him via phone telling him to appear in Pristina for questioning, and he said he was in Albania.

Syla's lawyer reportedly told local media his client is expected to return for questioning at any moment. Local media portal Gazeta Express published a statement, reportedly by Syla, in which he denies any wrongdoing, saying he was not aware of an investigation targeting him and that he is willing to cooperate with authorities and return.

Recently-elected Kosovo President Hashim Thaci, from the same political party as Syla, expressed his support for the police raid.