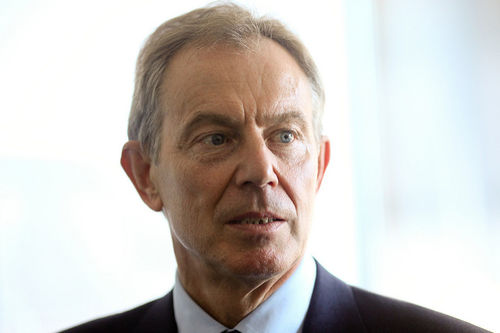 Tony Blair (Photo: Center for American Progress)Through his firm Tony Blair Associates, Blair has offered his services to President Nazarbayev for £ 5.3 million (US$ 7.7 million) a year, The Daily Mail said. Nazarbayev is accused of human rights abuses, including the killing 15 protesters in 2011 and the routine use of torture.

Blair has been signing highly profitable consultancy deals in Kuwait, Qatar, Colombia, China and “a host of murky dictatorships” since leaving office in 2007, The Daily Mail reported. They are each probably charged the same multimillion pound fee per annum, according to estimates by Daily Mail reporters.

Blair denies personally profiting from his business deals in Kazakhstan, saying that the money goes to fund his charities. His office told The Daily Mail he helped to set up the advisory group but did not personally advise President Nazarbayev. However, leaked emails showed that Blair’s former chief of staff, Jonathan Powell, contacted one of Nazarbayev’s aides in 2008, shortly after Blair left office as Prime Minister.

He wrote Blair “would be happy to provide private strategic advice to President Nazarbayev” and suggested the two men should hold meetings every three to six months, beginning January 2009. Powell said they should discuss international affairs and “the proposed nature of future cooperation between Tony Blair and his team and President Nazarbayev and the government of Kazakhstan.”

The Kazakh government confirmed Blair’s involvement after releasing a video of him sitting in a meeting with Nazarbayev in 2011, The Daily Mail reported. Only weeks after the meeting, Nazarbayev was condemned internationally for allowing police to open fire on unarmed protesters in Zhanaozen, a western oil town. 15 were reported killed and over 100 injured.

Blair helped the regime by rewriting a 2012 speech and personally advising him to tackle the human rights criticisms “head on,” The Daily Mail said. In a letter personalized with a handwritten greeting to Nazarbayev, Blair tells the Kazakh president that it is the best way to handle Western media and signs off “With very best wishes. I look forward to seeing you in London. Yours ever, Tony Blair.”

He also saw and approved a letter to the European Union’s high representative for foreign affairs and security policy, Baroness Ashton, spinning Kazakhstan as “a remarkable success story” and making a case for a stronger partnership with Europe, while downplaying the Zhanaozen massacre, The Daily Mail reported.

The government of Kazakhstan was responsible for providing flights, catering and accommodation for Blair and his team, according to the leaked emails and documents seen by The Daily Mail.

Since Blair began advising the government in Kazakhstan the country has fallen eight spots on the Reporters Without Borders World Press Freedom Index and dropped 18 places on Transparency International’s Corruption Perceptions Index, The Diplomat reported.