The trial of a French journalist, who revealed how Luxembourg authorities assisted some of the world's largest multinational corporations in minimizing their tax payments, is to commence on Tuesday at a court in Luxembourg. 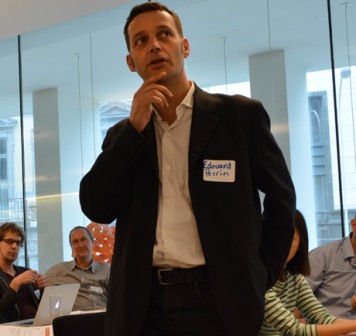 Edouard Perrin (Photo: ICIJ)In his 2012 and 2013 reports, French journalist Edouard Perrin exposed details on how Luxembourg became a tax haven within the European Union by cutting billions of dollars in tax bills for companies via secret tax arrangements. Perrin's reports would become the basis of a massive investigation – the LuxLeaks - published in November 2014 by the International Consortium of Investigative Journalists (ICIJ).

A French judge indicted Perrin in April 2015, accusing him of being a accomplice in theft, breach of confidentiality, violation of personal and trade secrecy, and fraudulent access to the automated data procesing system, according to a release by the Council of Europe.

Perrin's reports were the result of leaks he received from two whistleblowers from within one of the world's largest auditing firms, PricewaterhouseCoopers (PwC). The two whistleblowers, former PwC auditor Antoine Deltour and another unnamed former PwC employee are also to stand trial Tuesday over charges of breaching professional secrecy laws and other offenses, according to the Guardian.

According to the ICIJ, Deltour was charged for leaking what is known as "comfort letters" - hundreds of secret tax rulings that detailed confidential tax arrangements between Luxembourg and multinational companies such as Pepsi, FedEx, IKEA, The Walt Disney Co., Koch Industries Inc., and others.

The ICIJ has strongly condemned the upcoming trial, with Director Gerard Ryle criticizing Luxembourg authorities for indicting a journalist for "simply doing his job" by exposing data which "triggered worldwide public outrage over the fairness of tax policies," leading to reforms within the European Union.

"For a founding member of the EU to bring charges against a journalist in relation to reporting that is clearly in the public interest shows a lack of respect for the important role journalism plays in holding the powerful accountable," Ryle said, adding that by charging two alleged whistleblowers, Luxembourg has shown it has not yet caught up with public opinion.

EU Competition Commissioner Margrethe Vestager expressed her regret for the persecution of Perrin and the two whistleblowers in January, saying that "everyone should thank the whistleblowers and investigative journalists" for uncovering the scandal.