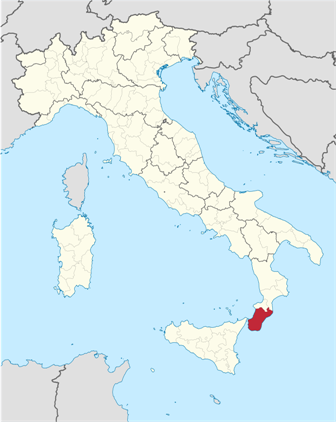 Calabria region marked in red (Photo: Wikimedia Commons)About 200 officers carried out raids across the Calabria region in southern Italy on Monday, seizing movable property, real estate, company shares and other assets of the group, the police website said. The gang was particularly active in the city of Lamezia Terme, according to police.

Investigations included banking inquiries and analyses of witness testimonies. No arrests were ordered, but prosecutors investigated 65 individuals and 44 companies prior to seizing the assets. Under Italian Law, prosecutors can seek an order to seize property where they can prove that a person is likely to commit crimes in the future – in light of his/her previous lifestyle and convictions.

Witness testimonies also resulted in seizure of property belonging to what police say is "one of the most important entrepreneurs of the entire territory of Calabria."

According to local news outlet Lac News 24 and the Global Times, the entrepreneur in question is Franco Perri. Investigators believe Perri developed a relationship with the Iannazzo crime family.

Police say the Iannazzo family is a clan affiliated to the powerful 'Ndrangheta – one of Italy's largest, richest and most dangerous organized crime groups.