The US Department of Justice has charged three people from Turkey and Iran with moving hundreds of millions of dollars for the government of Iran and Iranian companies, in an apparent attempt to evade economic sanctions. 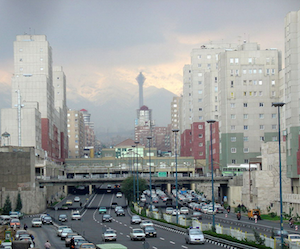 The trio allegedly made the transactions between 2010 and 2015 and laundered the proceeds, helping clients avoid sanctions that were finally lifted earlier this year, the Financial Times (FT) said.

The three allegedly used multiple companies in Turkey and the United Arab Emirates to induce banks in the US to unwittingly process transactions in violation of the sanctions, Bloomberg reports. Bank Mellat, an Iranian government-owned bank, and the National Iranian Oil Company were among those that benefited from the scheme.

Reza Zarrab, also known as Riza Sarraf, was arrested on March 19. Camelia Jamshidy, aka Kamelia Jamshidy, and Hossein Najafzadeh are still at large, according to a Justice Department news release.

Zarrab, an Iranian-born Turkish businessman, was on vacation in Miami with his wife and daughter when he was arrested by US authorities.  He and his lawyer were not aware of an investigation, according to the Hurriyet Daily News.

The FT said Zarrab became a symbol of a worldwide graft and influence-peddling scheme after an earlier arrest in 2013. That scheme allegedly saw nearly US$ 12 billion in gold transferred to Iran. He was also accused of giving millions in bribes to Turkish cabinet members with close ties to President Tayyip Erdogan to facilitate the smuggling.

Zarrab said in interrogations at the time that his associates would carry gold, purchased overseas, into Iran in handbags on daily flights. The gold was apparently intended as payment for natural gas Iran was selling to Turkey, at a time when sanctions blocked Iran from using the international banking system, the FT said.

Erdogan cast the case as a coup attempt, but the investigation was later dropped after investigators were reassigned and several prosecutors removed from the case, Reuters said. Zarrab was later awarded a prize for exporter of the year by the government, according to the FT.