US authorities have charged Bulgarian resident Nedko Nedev with six counts of fraud and two counts of aggravated identity theft, according to the US Attorney’s Office of the Southern District of New York. 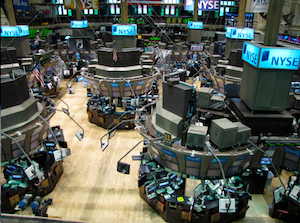 New York Stock Exchange (Photo Credit: Wikipedia) Nedev was arrested in Bulgaria last Thursday and the US said it will be seeking his extradition, the Wall Street Journal (WSJ) said.

He is accused of being involved in a scheme to manipulate US stocks to enrich himself and limit trading losses, according to a US Securities and Exchange Commission (SEC) news release. He also allegedly conducted a scheme to profit from trading in Tower Group stock.

The SEC charged Nedev and others in 2015 for market manipulation, the SEC news release said.

Nedev allegedly inflated the price and trading volume of shares of Rocky Mountain Chocolate Factory, Inc. in December 2012 by submitting a bogus tender offer on the SEC’s EDGAR public database. Rocky Mountain’s share price went up approximately 4.6 percent as a result, according to a press release from the US Attorney’s Office.

Nedev devised a similar scheme to manipulate the market for cosmetic maker Avon Products, Inc. from around April 2015 through May 2015, the US Attorney’s Office said. He allegedly created a fictitious company, PTG Capital Partners Ltd, which offered to buy all Avon shares at a 181 percent premium above its closing price from the previous day.

The offer allegedly caused shares in Avon to rise by more than 20 percent, the WSJ said, and caused the New York Stock Exchange to halt trading in the stock three times, immediately after the offer was made. Regulators allege that Nedev only made around US$ 5,000 through the manipulation of Avon stock, the WSJ said.

Nedev faces up to 20 years in prison on each fraud count, a mandatory sentence of two years for each aggravated identity theft charge, and potential fines, the US Attorney’s Office said.