Russia is often criticized as a major source of international money laundering but its Central Bank’s official figures suggest it’s starting to get on top of the problem, based on US State Department reports. 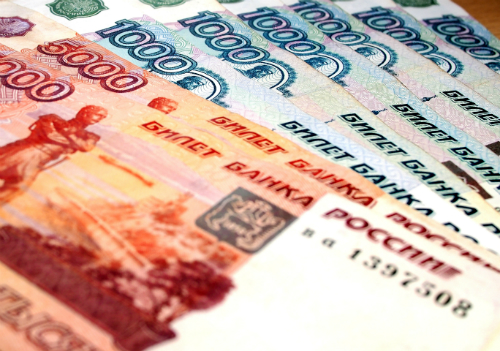 The Central Bank of Russia (CBR) estimated that US$ 8.6 billion left the country in 2014 in “fictitious transactions,” compared to US$ 26.5 billion in 2013. “Fictitious transactions” include drug payments, bribes to government officials, local organized crime, tax evasion, fraud and smuggling, the reports said.

The decline is attributed to tightening regulations over the banking system, Vladimir Shatalov, vice-president of Promsvyazbank, told Russia Today.

The US State Department published the figures in its 2015 and 2016 International Narcotics Control Strategy Reports (INCSR). It acknowledges that Russia has made significant progress in its anti-money laundering legislation. But the government still needs “full and unbiased implementation” of those laws to address Russia’s reputation as a money-laundering center, the 2016 report said.

Russia changed its laws in 2014 and 2015 to improve its anti-money laundering (AML) legislation, based on the 2016 INCSR. Significantly for international transactions, Russians must now report annually on foreign bank account transactions, declare any ownership of more than 10 percent in any controlled foreign company, and where a foreign company has 50 percent or more Russian ownership, it may become liable for some Russian tax.

On Dec. 31, 2015, President Vladimir Putin extended by six months an amnesty that allows Russian citizens to declare offshore assets without being held accountable for criminal penalties for actions that occurred prior to Jan. 1, 2015. The amnesty and new laws are intended as an incentive to return money to Russia, the US State Department report said.

The CBR revoked 92 banking licenses in 2014, and 93 by November 2015 claiming “dubious transactions” as one of the main reasons behind the revocation.

Economic factors may have had an impact too. The ruble lost more than 40 percent of its value against the dollar in just one year as the economy suffered from falling oil prices and western sanctions, wiping billions from rich Russians’ portfolios, CNN Money reported.

Russia has made headlines in major money laundering scandals in recent years. Deutsche Bank, currently under investigation by US and UK authorities, identified US$ 10 billion in suspicious transactions out of Russia between approximately 2011 and 2015. A CBR official claimed in February that the Bank had alerted Deutsche Bank about questionable trades from Deutsche Bank’s Moscow branch back in 2014, said Reuters.

OCCRP’s Russian Laundromat investigation identified a total of US$ 20 billion in criminal proceeds laundered through Moldova from Russia by organized criminals between 2010 and spring of 2014.