Latvia’s financial regulator has fined the Baltic International Bank (BIB) € 1.1 million (US$ 1.2 million) due to repeated violations of laws regarding money laundering, terrorist financing and customer due diligence, a news release by the regulator said today. 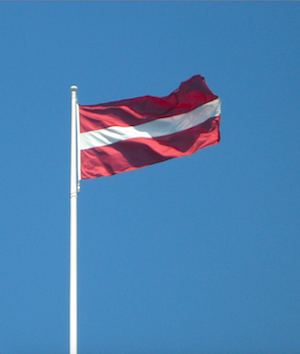 The FKTK did not assess maximum fines, noting that the bank meets all regulatory requirements and has “expressed commitment to upgrade its internal control system.” The bank can appeal the decision within a month, the release said.

Ilona Gulcaka, who chairs the bank’s board, was fined € 25,000 (US$ 27,000). She was responsible for the bank’s money laundering and terrorist financing controls between 2003 and 2015 and had not done enough to prevent suspicious transactions, the FKTK release said.

Last week, the European Central Bank revoked the license of Trasta Komercbanka at the request of the FKTK. The Latvian regulators said the bank “committed serious and sustained breaches of regulatory requirements,” including capital requirements and money laundering and terrorist financing regulations. An OCCRP investigation found that Trasta Komercbanka had been the European destination for billions of dollars siphoned out of Russia.

The Baltic bank said it respects the decision of the FKTK and that customers and daily activities will not be affected. The bank can afford to pay the fine, a statement on its website said.