The US has given failing grades to Bolivia, Burma and Venezuela in the war on illegal drugs over the past year, saying they have “demonstrably” failed to meet their obligations under international agreements. 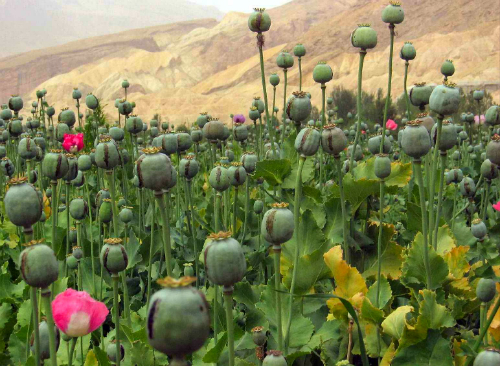 The two-volume report describes the efforts of key countries to attack the drug trade in 2015. The first volume covers drug and precursor chemical control activities, while the second volume addresses money laundering and financial crime.

Bolivia’s failure to cooperate in counternarcotics efforts led to the closure of the International Narcotics and Law Enforcement Affairs section at U.S. Embassy La Paz in 2013, the report said. Bolivia has refused to implement many United Nations (UN)-mandated controls over coca.

In 2011, the country also withdrew from the 1961 UN Single Convention on Narcotic Drugs. It rejoined the convention again in 2013 with with the stipulation that leaf coca would remain legal, as it is traditionally chewed by indigenous Bolivians. However, the country has had trouble policing illegally grown coca plants or distinguishing legal from illegal crops.

Burma remains the second-largest cultivator of illegal opium poppy in the world, after Afghanistan, according to the report, with 57,600 hectares under cultivation in 2014, a 0.3 percent increase reported over 2013. Burma claims that local authorities destroyed 15,188 hectares of opium poppies in 2014 compared to 12,288 hectares in 2013 and 23,584 hectares in 2012.  But US and UN reports say eradication often occurs after the poppies have been harvested.

Venezuela also failed to provide evidence or data to verify destruction of drugs. “Credible reporting indicates that individual members of the [Venezuelan] government and security forces, however, engaged in or facilitated drug trafficking activities,” the report said.

The UN General Assembly will convene the international drug control community next month for a special session on drugs, the first in almost 20 years.