Former US Rep. Dan Burton (R-Indiana) resigned as chairman of the Azerbaijan America Alliance on Mar. 1 saying he has not been paid for his services for a year, reported Radio Free Europe/Radio Liberty (RFE/RL). 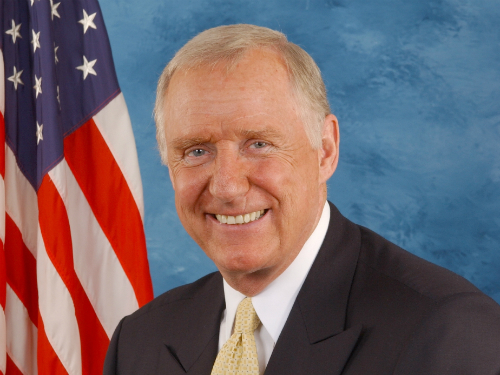 Former US Rep. Dan Burton, R - Indiana (Photo: Wikimedia)“As I have not heard from you or Anar [Mammadov], and have not been paid for a year, please consider this e-mail as a letter of resignation as Chairman of the Azerbaijan America Alliance," Burton wrote in his resignation email to James Fabiani, seen by RFE/RL. Fabiani founded Fabiani & Co., a Washington-based firm which lobbies for the alliance in the US.

Burton said that while he believes "it is very important that there be a strong business and government relationship between the United States and Azerbaijan, I still must resign" over the pay issue.

He wouldn’t tell RFE/RL how much he was supposed to be paid as chairman.

The alliance was founded by magnate Anar Mammadov, the son of Azerbaijan’s transport minister, Ziya Mammadov. It is not formally affiliated with the Azerbaijani state but it has closely toed the government’s line, according to RFE/RL.

The alliance paid US lobbyists more than US$ 12 million over the last five years to win American support for the authoritarian regime of President Ilham Aliyev, according to the public interest website Opensecrets.org. This included US$ 1.46 million in 2015 alone, mostly to Fabiani & Co.

The alliance’s public activities appear to have ceased, reported RFE/RL. It has not updated its social media accounts or the news feed on its website since November 2015, and it did not host its annual gala dinner in 2015 as it had the previous three years.

Burton told RFE/RL reporters that he did not engage in lobbying during his tenure with the alliance, but that he would occasionally invite members of Congress to “social functions” hosted by them.

Burton, did, however, support Azerbaijan’s interests while on the alliance payroll including writing controversial opinion pieces, such as one published in The Washington Times in early 2015 stressing Azerbaijan’s importance to “America and the free world.” Another piece attacked Armenia, a neighboring country with whom Azerbaijan has been fighting since the late 1980s.

International human rights and media freedom organizations have blasted the Aliyev regime for crackdowns on free press and its poor human rights record.

Mammadov is a business partner of US Republican presidential front-runner Donald Trump in the construction of a 33-floor, sail-shaped luxury hotel in Baku, according to a news release on PR Newswire. Trump earned lucrative management fees for lending his name and expertise to the project, reported Mother Jones last July. According to Mother Jones, he received at least US$ 2.5 million in 2014 for his connection to the Baku hotel based on a financial disclosure Trump filed as part of his presidential bid.

Azerbaijani media since August have cited unidentified sources claiming Mammadov planned to shut down the Azerbaijan America Alliance due to financial difficulties, reported RFE/RL. Azerbaijani businessman Khayal Sharifzadeh, Burton’s predecessor as the alliance’s chair, denied those reports. He said the organization "continues its activity as usual and even in a larger scale."