Slobodanka Tosic, former Playboy model and 2005 Miss Photogenic for Bosnia and Herzegovina, was sentenced to 2.5 years in prison Wednesday for belonging to what Bosnian prosecutors call "one of the largest organized crime groups" in the country since the end of the 1992-1995 war. 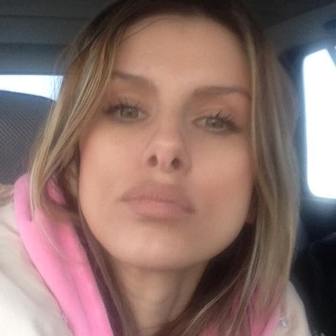 Slobodanka Tosic (photo: Facebook profile)Prosecutors linked Tosic and one of the alleged leaders of the group, Darko Elez, a locally well-known criminal convicted of multiple crimes.

Authorities say Elez led the group alongside Benan Doric and Bojan Cvijan, who worked for the state police at the time the crimes were committed.

Tosic is one of the 32 suspects indicted in August 2013 in a case codenamed "Lutka" (Doll). Prosecutors accused the suspects of belonging to a group which committed an array of serious crimes throughout the previous decade, including multiple murders, armed robberies, and money laundering.

Prosecutors say Tosic, born in 1986, took part in one of two assassination attempts by the group on Djordje Zdrale, another well-known criminal from eastern Sarajevo convicted of multiple murders. He is currently serving a 20-year murder sentence.

Prosecutors alleged that Tosic and Elez conspired to kill Zdrale, knowing he was in love with Tosic.

The court established that on April 13, 2006, Tosic asked Zdrale to drive her to her friend’s house so she could pick up some literature for her college studies, knowing that armed assassins were waiting for Zdrale at the house. When they arrived, gunmen shot at Zdrale but did not kill him.

Tosic was arrested in Croatia on an international arrest warrant and extradited to Bosnia and Herzegovina in July 2015.

Apart from her modeling career, Tosic gained regional fame as a contestant in the Serbian version of the reality show "Survivor." Throughout her trial, she repeatedly denied any wrongdoing.

According to the local news portal Klix, Tosic and her lawyer did not attend today’s sentencing. She has 15 days to file an appeal.

The group allegedly assassinated two men using automatic weapons in 2007 and 2008 and mounted a car bomb which killed three people in 2008.